With a tight 5-4 score Italy beats France in the final of the 1st FIP Ladies Polo European Championship in Chantilly. Before the French team has won all three qualification games. Italy on the other got the ticket to the final after a tense penalty shootout, eliminating heavyweights like England and Germany.

In the final the Italian girls started playing a great game. Ginevra D’Orazio hit the ball really hard and made some amazing passes to her forwards. Caroline Anier also had a good game but could not overcome the great team work of Team Italy. In the end D’Orazio scored the championship’s most amazing goal by a long shot.

In the semifinal Italy defeated Germany, against all odds, by the smallest possible gap. With a just half a goal difference because of their weaker handicap, they managed to keep a half-point lead ending the game: 3 ½ to 3.

The three teams Germany, England and Italy, which all conceded two defeats and one victory, they were therefore invited in a shoot-out session to nominate the second finalists. A game of nerves where Italy remained the most solid.

In his final speech the FIP President Nicholas Colquhoun-Denvers congratulated all the teams and thanked all the athletes who had travelled from all over Europe to attend as well as their grooms and support staff who made it all possible. He also thanked Philippe and Benoit Perrier and all their staff for the wonderful organisation at the Chantilly Polo Club which he said had to be one of the finest Polo Clubs in Europe as well as the FIP Tournament Team under the direction of Alejandro Taylor and Felipe del Sel and the unsung heroes; the FIP Umpires Juan Jose Díaz Alberdi, Rafael Silva and Matias Baibiene. 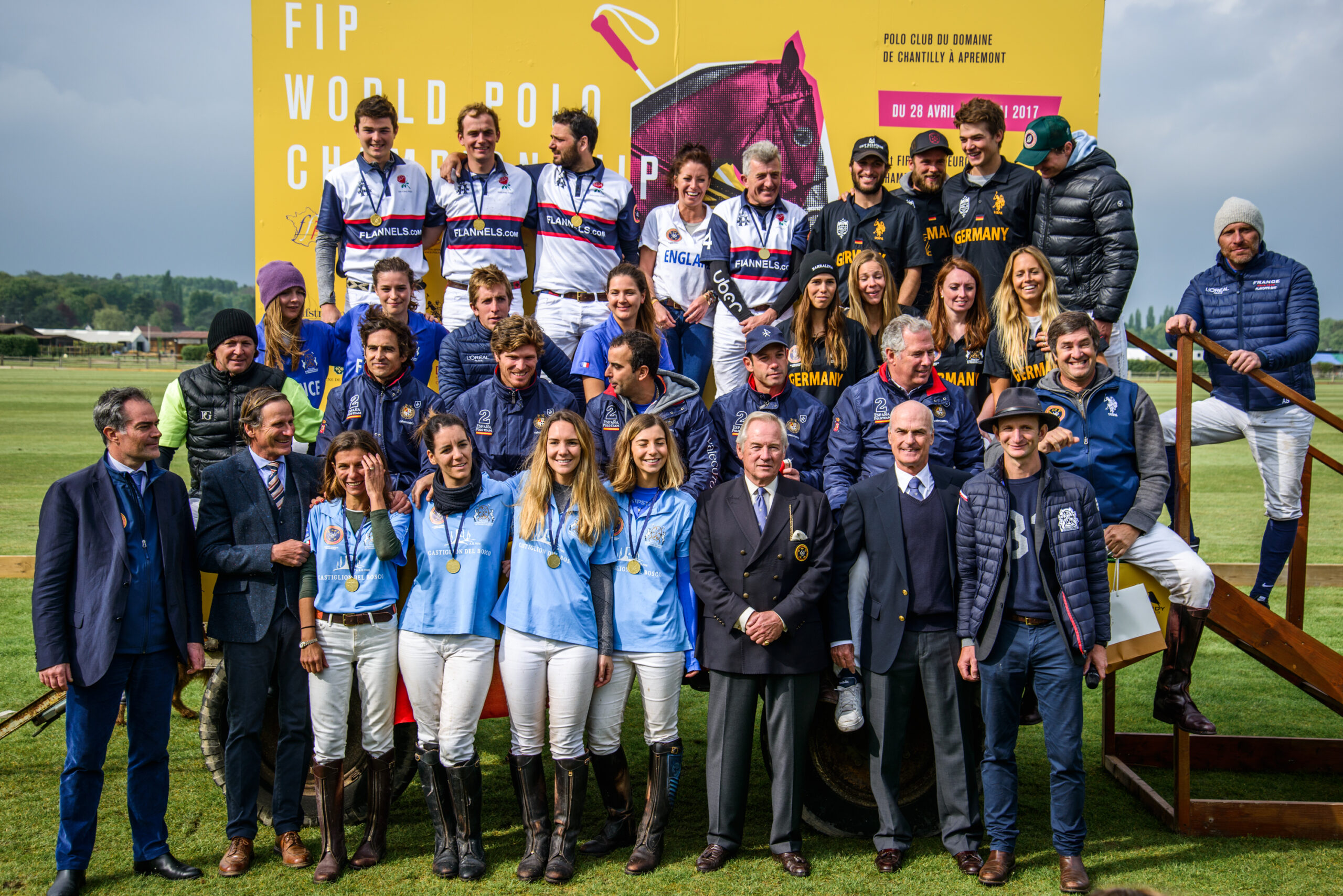