Wellington, FL – March 21, 2021 – The final day of bracket play of the USPA Gold Cup® showcased the top four teams in Bracket II fighting for a spot in the semifinals at the International Polo Club Palm Beach. In the opening game of the day, Scone overwhelmed Pilot to capture the 13-6 victory, while in the feature game of the week, Coca-Cola overcame an injury to Diego Cavanagh to defeat La Indiana 14-10 on the Home of the U.S. Polo Assn – Field 1.

The much-anticipated return of Facundo Pieres highlighted the match-up against Scone, but a dominant performance from the trio of Adolfo Cambiaso, Peke Gonzalez, and Poroto Cambiaso led Scone to victory. Controlling possession throughout, Scone held Pilot to just one field goal on 10 shot attempts while they were led offensively by six goals from Poroto Cambiaso. Heavily outshooting Pilot 21-10 and shooting a perfect 4 for 4 from the penalty line, Scone completed the impressive 13-6 victory.

Wasting little time after missing three games, Facundo Pieres scored the opening goal to give Pilot the early 1-0 lead. A Penalty 4 conversion from Adolfo Cambiaso provided Scone’s response in an evenly matched first chukker with neither team able to grab control of the play. That changed in the second chukker as Pilot was held without a shot and Scone’s offense began to take charge of the game, receiving two field goals from Poroto Cambiaso to build a two-goal lead. Finishing the half with five consecutive goals, Scone kept Pilot in their defensive half while Poroto Cambiaso produced one of his best showings of the season, stealing the ball from Facundo Pieres and adding his third and fourth goals to lead 6-2. 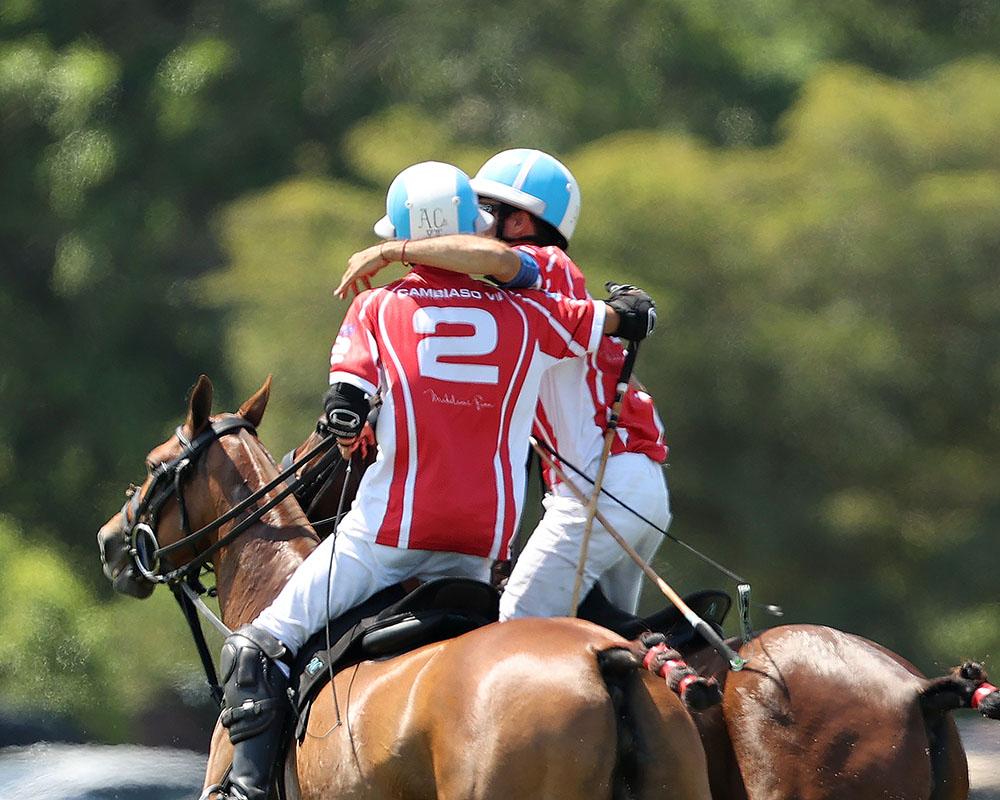 Unable to generate any offense from the field, Pilot ended Scone’s run with a Penalty 4 conversion from Gonzalito Pieres, but it was a brief reprieve from the Scone attack, who continued to pressure Pilot and extend their lead. Two goals from Adolfo Cambiaso concluded the fourth chukker, leaving Scone in full control holding a five-goal advantage and maintaining consistent possession of the ball. In need of offense, Pilot produced two shots at goal in the fifth chukker but missed the mark on both, dashing any hopes of a comeback as Scone pushed their lead to six after a goal and an assist from Peke Gonzalez. Two penalty conversions for Pilot in the sixth chukker proved to be their only offense as Poroto Cambiaso finished a strong performance with two more goals in the 13-6 victory for Scone.

The feature game of the week between Coca-Cola and La Indiana had implications on the semifinal with a La Indiana victory pushing them into the semifinals while a Coca-Cola victory would set up a three-team shootout with Scone. Leading from start to finish, Coca-Cola overcame an injury to Diego Cavanagh and saw Francisco Elizalde step in for the 9-goaler and have a significant impact against La Indiana. Leading all players with six goals despite not playing until the start of the third chukker, Elizalde filled in admirably and provided a spark for Coca-Cola as they dominated possession in the 14-10 win. 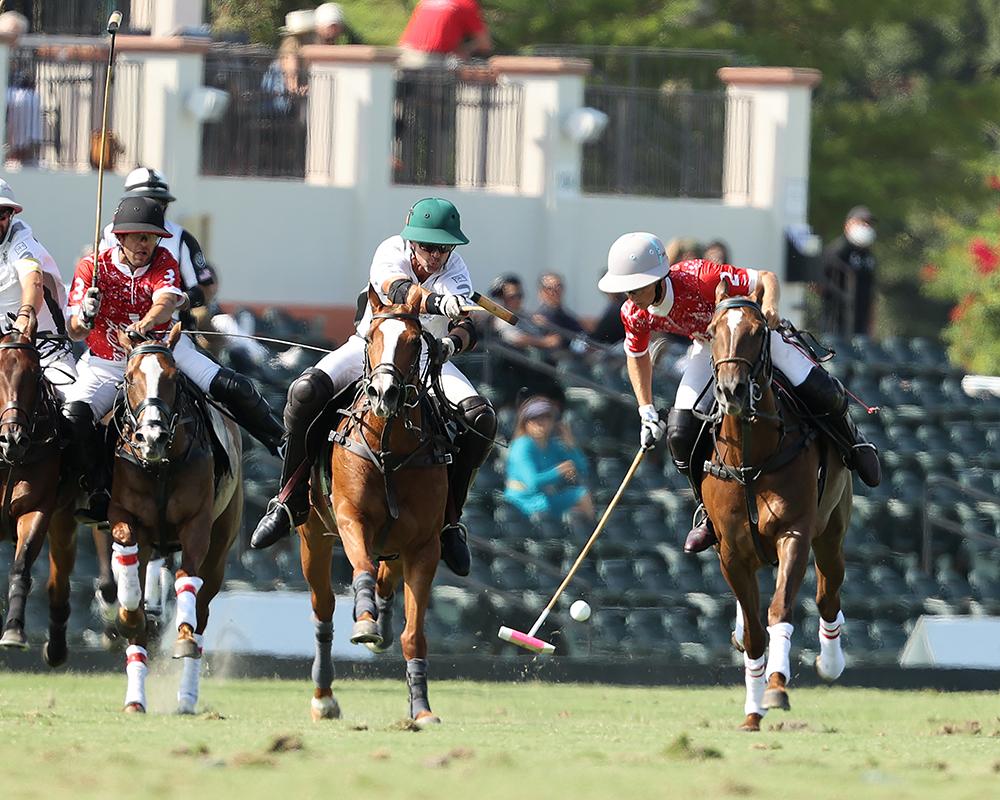 Determined to fight for their place in the semifinals, Coca-Cola raced out of the gate with a three-goal first chukker, taking advantage of two La Indiana fouls to convert a Penalty 4 and Penalty 2 attempt from Cavanagh and Mackenzie Weisz. Although they were limited to just one shot attempt, La Indiana’s Polito Pieres took advantage of the opportunity that resulted in a 3-1 difference on the scoreboard. Two quick goals for Coca-Cola to start the second chukker pushed their lead to four as La Indiana struggled to find their footing, but before the end of the chukker, La Indiana found some momentum thanks to a penalty conversion from Pieres and field goal from Escobar. An injury forced Cavanagh from the game as Coca-Cola brought in Elizalde and, despite the new team, he made an immediate impact. Receiving two passes from Julian de Lusarreta, Elizalde found instant chemistry, adding two goals to give Coca-Cola the 7-4 lead at halftime.

Continuing his impressive substitute performance, Elizalde converted all three shot attempts in an exceptional fourth chukker for Coca-Cola as they took control against the previously undefeated La Indiana team, building a significant 11-6 advantage on the scoreboard. Facing an urgent situation and in need of offense, La Indiana came alive in the fifth chukker by holding Coca-Cola scoreless and relying on the duo of Pieres and Escobar to score three unanswered goals and pull within two. With their sights set on a comeback, La Indiana struggled to keep possession in the final chukker as Coca-Cola effectively managed their lead to complete the 14-10 victory. 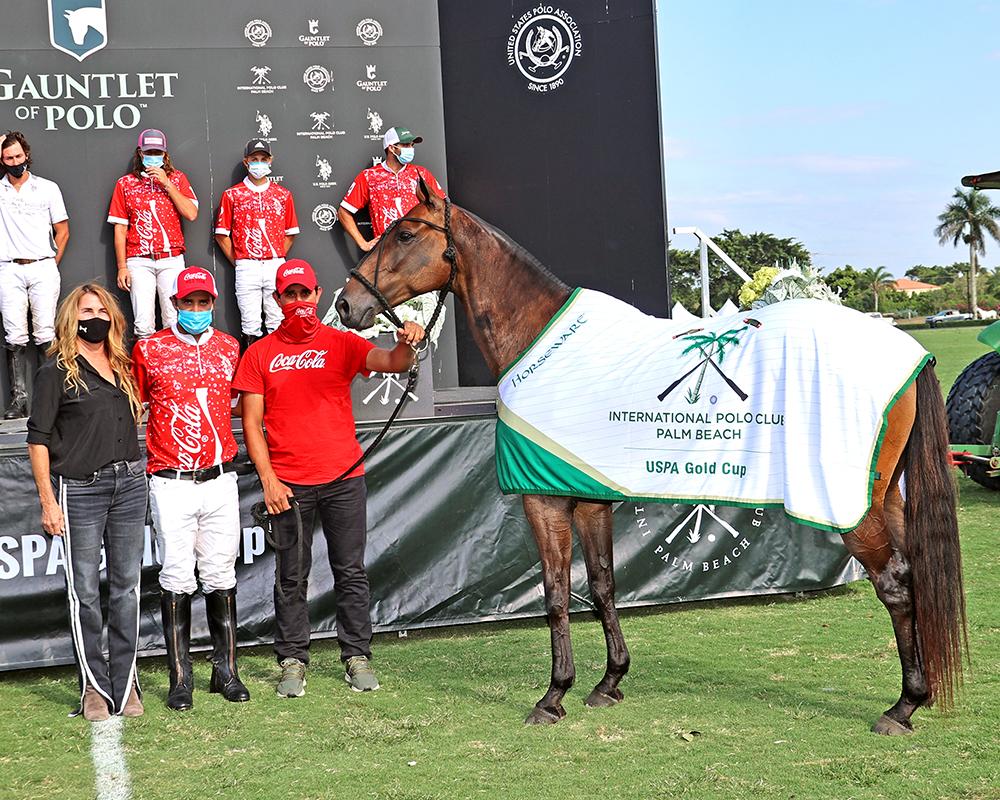 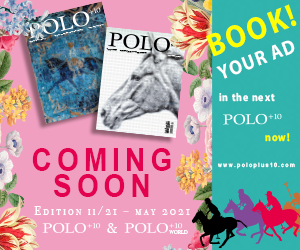