Sunday‘s Hallows Cup presented by Baylor Medicine Stratos Integrated Health, was the start of the last leg in the 10 Goal league and the kickoff to none other than the Texas Open tournament! Teams love to compete for the classic Texas Open spurs, and this Sunday‘s match did not disappoint.

Horsegate faced off against the 2019 reigning champs, Tonkawa, in what everyone knew was going to be a competitive match. Horsegate started the game with one goal on handicap, and teammates Toto Collardin and Shane Rice wasted no time to make it 3 to 0 early in the first chukker. After going down by 3, Tonkawa started to get the wheels turning,  as Nacho Baidiola scored his first two goals of the game, followed up by a goal from his teammate Mason Wroe. Teams were tied 3-3 at the end of first, foreshadowing what a great game this was to watch!

Horsegate held Tonkawa scoreless in the second chukker, as Tonkawa‘s Rice converted an open goal penalty giving his team a 4-3 lead going into the third. But the momentum switched in favor of Tonkawa for the third chukker, as Badiola scored 3 unanswered goals to give Tonkawa a 6 to 4 lead going into halftime.

As the teams took a halftime break, young spectators lined the red boards at the Virnau Sealy Tractor Kubota raced across the field scattering candy for the annual Halloween candy pick up! Princesses, power rangers, witches and ninja turtles sprinted onto the field after the whistle blew filling their bags with candy. Those not interested in the candy were able to look at the Land Rover Houston North vehicles and Bill Fick Ford Trucks on display. It was truly a halftime for everyone to enjoy! 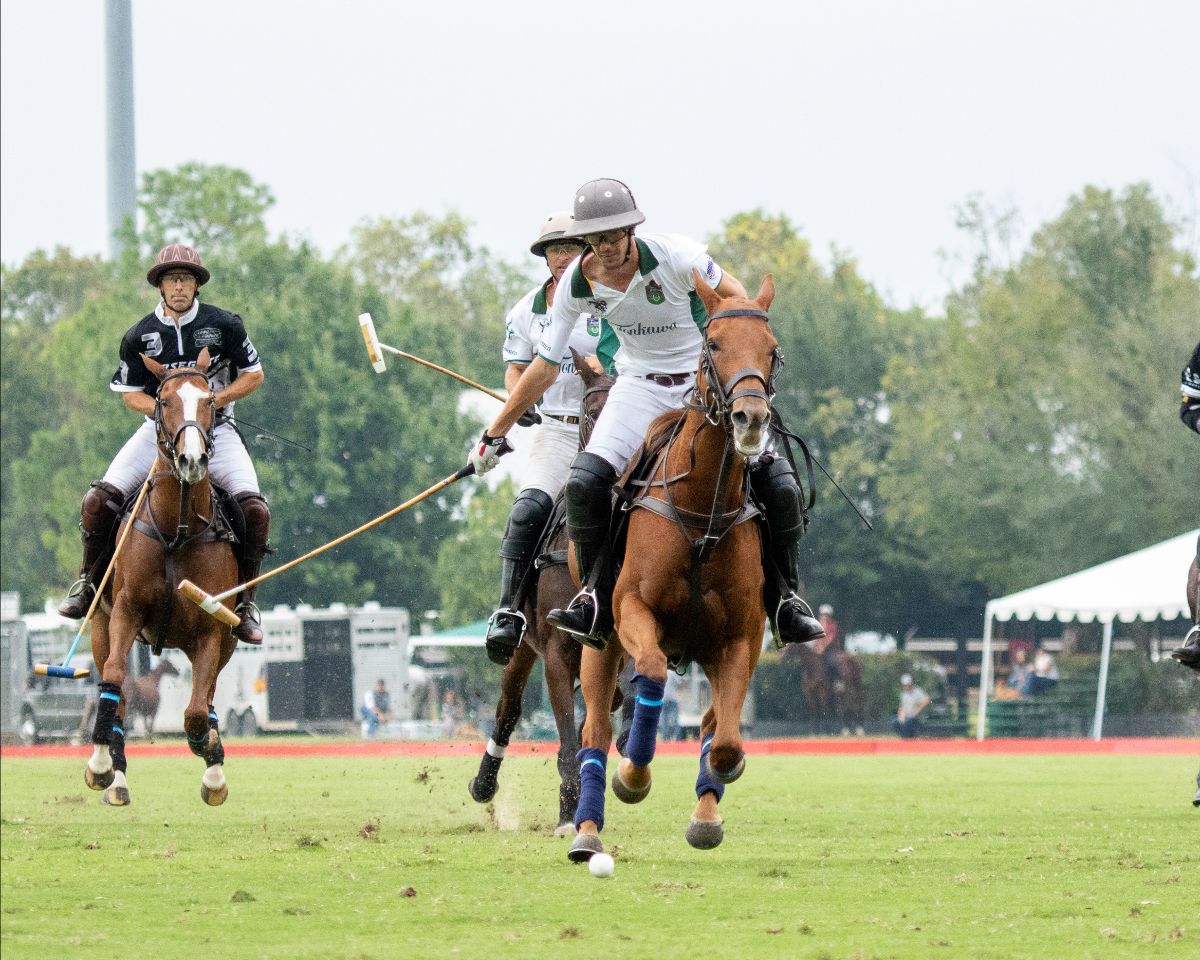 Horsegate‘s Rice knew they had to start chipping away at the Tonkawa lead, and he did just that, converting 2 open goal penalties to tie the game. But it was Tonkawa‘s Jeff Hildebrand‘s turn to respond, scoring  on a run after receiving a pass from his teammate giving his team a 1 point lead. But again, Horsegate would not concede.  Collardin snuck one more goal between the posts to tie the game 7-7 going into the fifth chukker. Tonkawa regained their lead in the fifth chukker going up 10-7, which left Horsegate even more ready for the sixth chukker. Much to Horsegate‘s dismay, Wroe converted a penalty 4, giving Tonkawa a 11-7 lead early in the sixth, but what Tonkawa didn‘t know was that Horsegate‘s Collardin was on a mare named Turba! After Horsegate‘s Rice converted a penalty 2, Collardin and Turba scored 3 unanswered goals to tie the game forcing an overtime chukker!

With the crowd on the edge of their seats, the umpires threw the ball in to begin the sudden death overtime chukker. Horsegate managed to keep the offensive push towards their goal and were awarded a Safety 60 yard defended penalty shot. Unfortunately Collardin‘s shot was just over the post, so no goal was awarded, and Tonkawa got their first possession of overtime. Tonkawa began their offensive drive, but Horsgate was able to turn it around again midfield giving Collardin another chance to run at goal. Tonkawa‘s Wroe was able to beat Collardin to the ball connecting with a back shot to Badiola, who then carried the ball at a fast run towards the north goal. Badiola reached out to hit a neck shot goal to win, but it glanced off the post, and teammate Wroe was there to win the game with a back shot!  Both teams displayed amazing talent, setting the tone for the 2020 Texas Open! Final score: Tonakwa 12 over Horsegate 11. The days sponsor, Dr. Feldman with Baylor Medicine Stratos Integrated Health, was on the edge of his seat throughout the game, and was awaiting eagerly to hand out the trophies after the amazing finish! 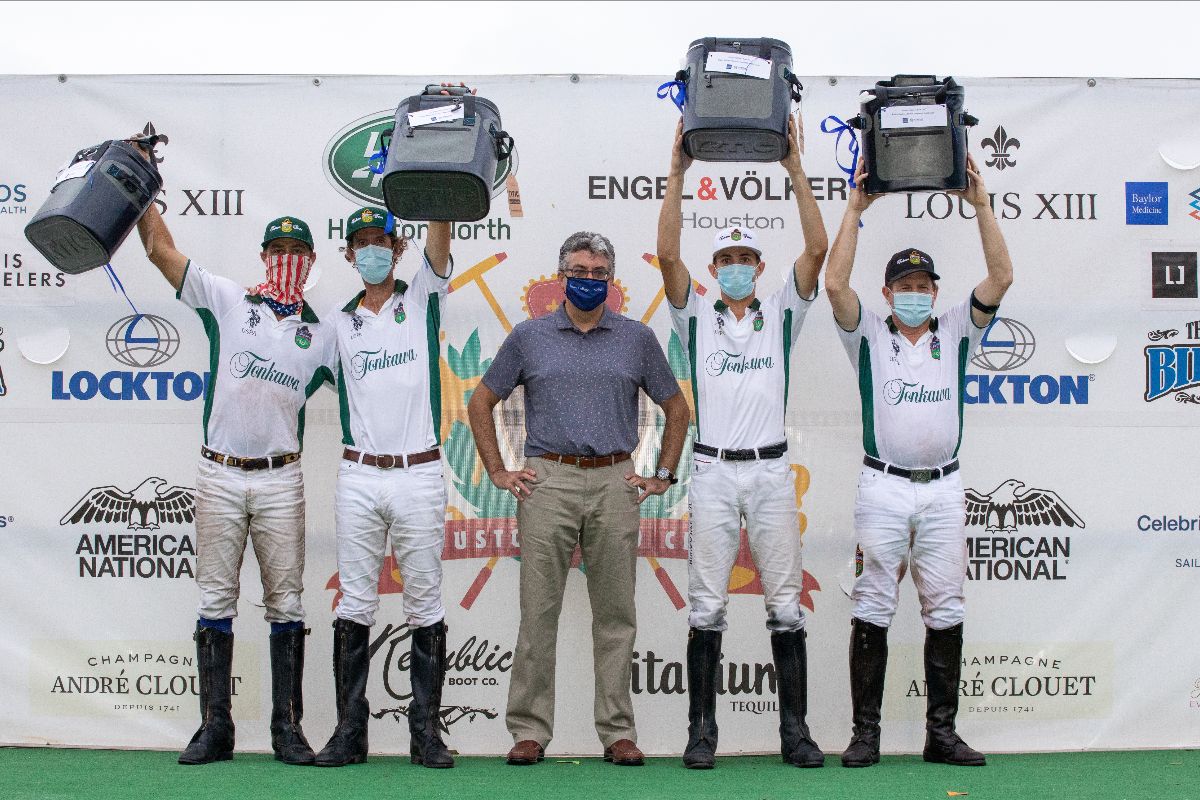 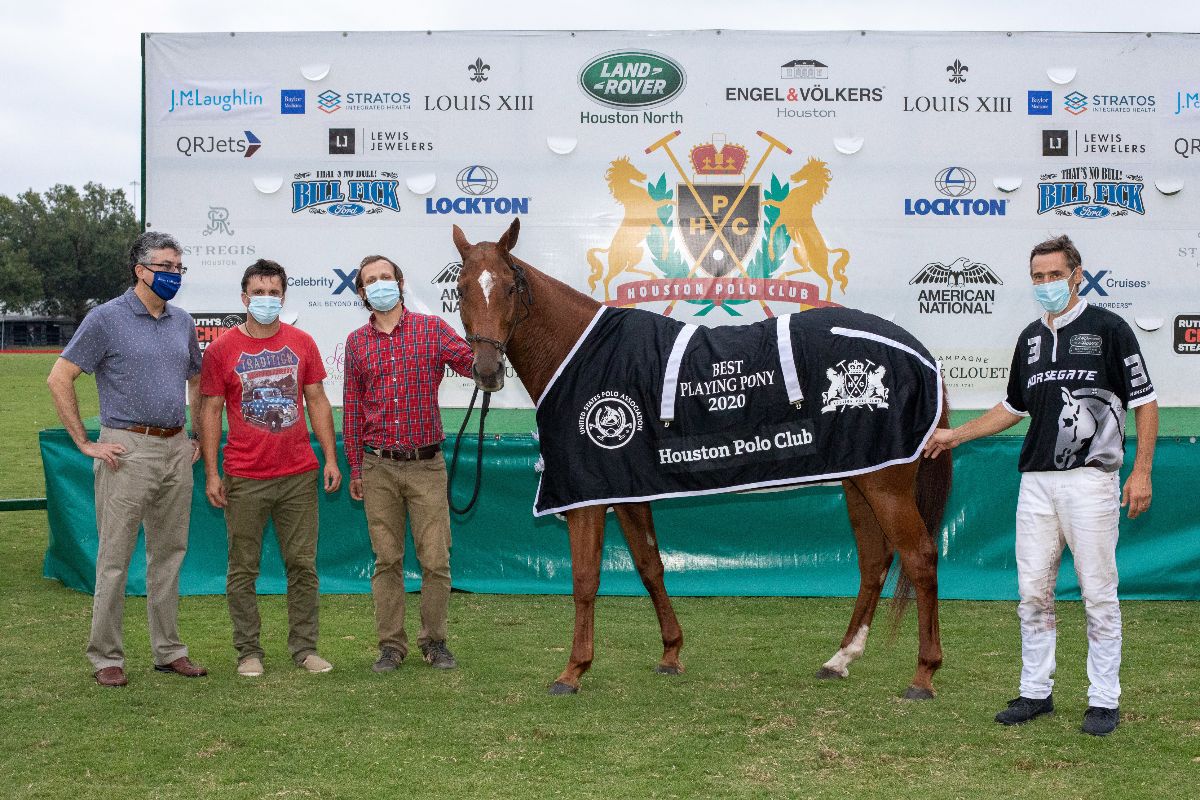 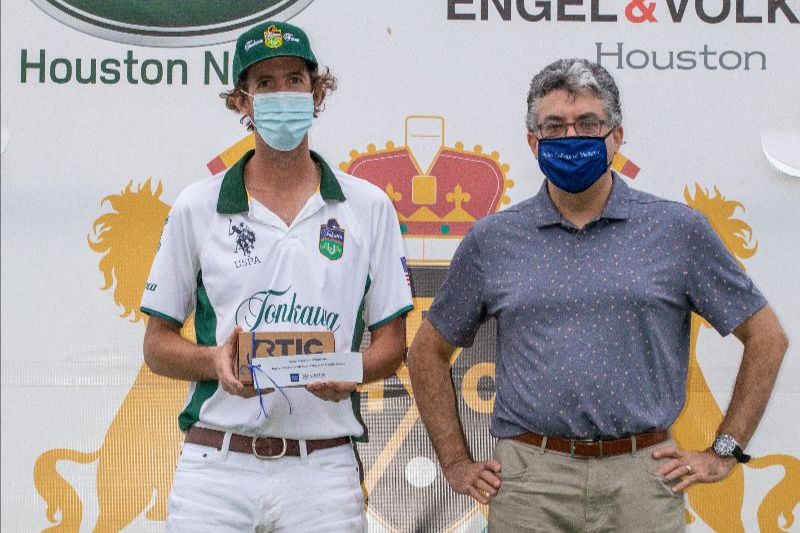