By Rebecca Baldridge
Photos by ChukkerTV

Horacio Heguy scored the first goal of the match to put Los Amigos briefly in the lead, but as the clock counted down the last minute of the chukker, La Indiana scored two goals within 30 seconds. Michael Bickford scored from the 50-yard line, picking up the ball after Gooding ran it downfield. 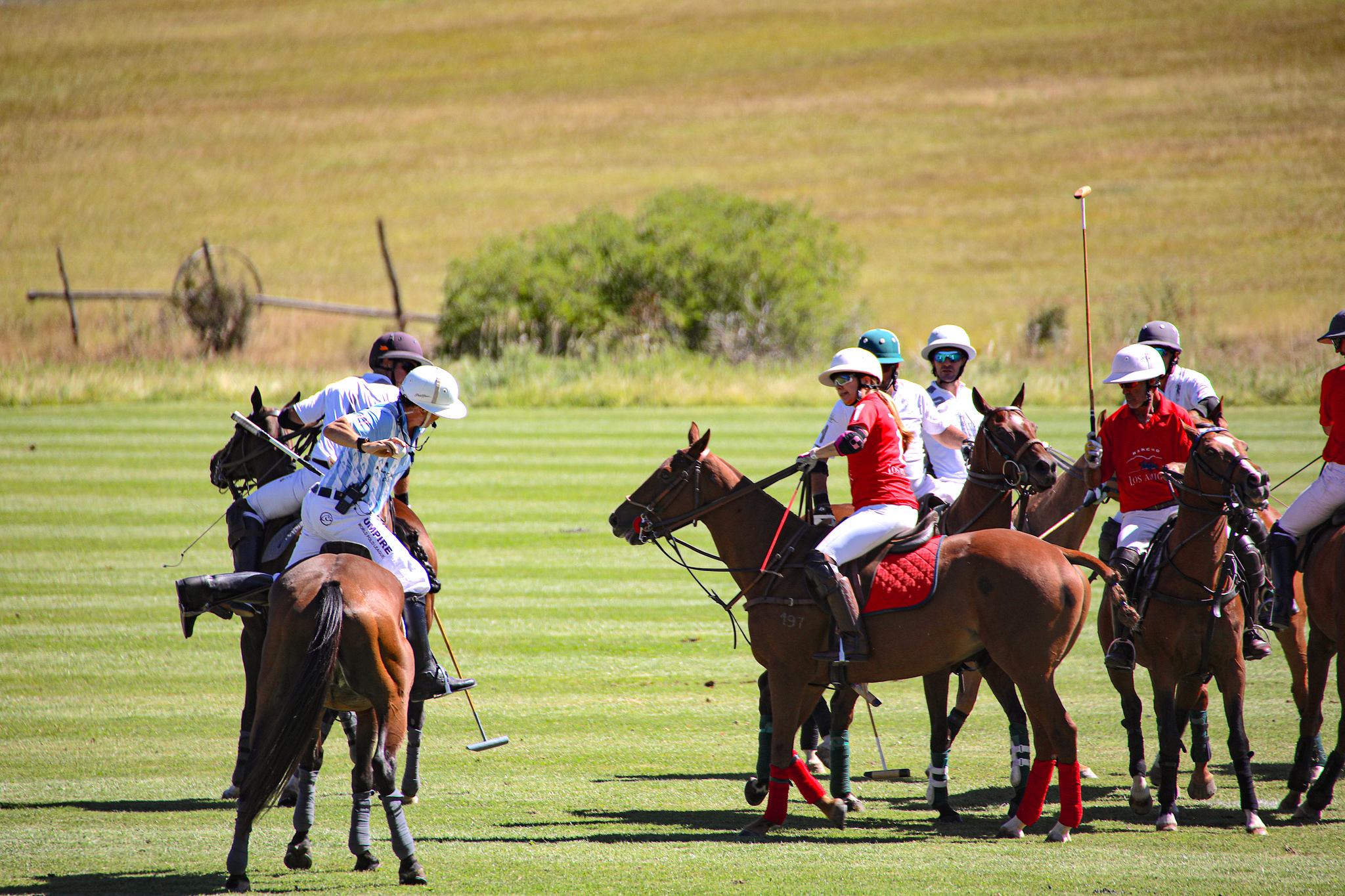 At the bowl-in, Gooding seized control and got out in front to score again, ending the chukker at 2-1 for La Indiana. Los Amigos took the lead in the third chukker with three goals by Jared Zenni, two of which were on penalties, and put his team in the lead at 4-2. Gooding scored to end the chukker at 4-3 for Los Amigos. The half wrapped up 5-4 for Los Amigos, after Zenni and Michael Bickford scored on penalties.

The fourth chukker started with an opportunity for La Indiana to even things up after a right of way violation by Juan Bollini. Michael Bickford took the penalty with John attempting a finish, but the shot bounced off Gooding’s pony and went wide. Juan Bollini, lurking on the side at the knock-in, got out in front for a dramatic run to goal. Jared Zenni scored on two penalties to end the chukker at 8-4 for Los Amigos. In the fifth both teams got on goal, bringing the score 9-5. A four-goal lead isn’t insurmountable, and La Indiana fought back hard, scoring three goals, but the match ended with Los Amigos winning 10-8. 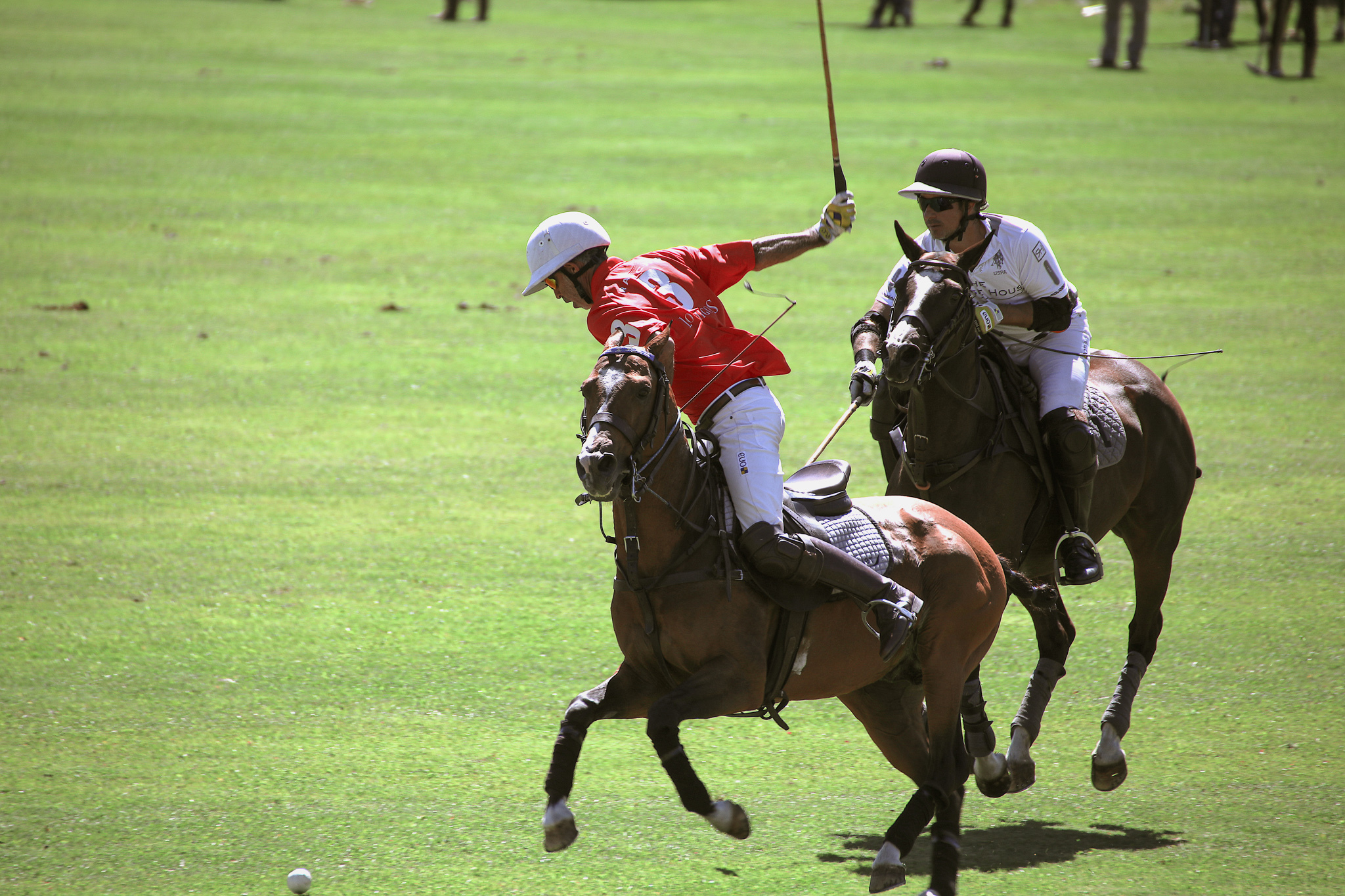 The first chukker started with a goal from La Karina’s Brian Boyd, while White Claw failed to make it to the posts. A penalty two shot by Juancito Bollini in the second put La Karina ahead by 2, but Nacho Novillo Astrada evened things up briefly with a goal and a successful penalty before Boyd put La Karina back in the lead at 3-2. Juancito Bollini put two through the posts in the third chukker, while Michael Payne and Nacho Novillo Astrada scored for White Claw to end the half 5-4 for La Karina. 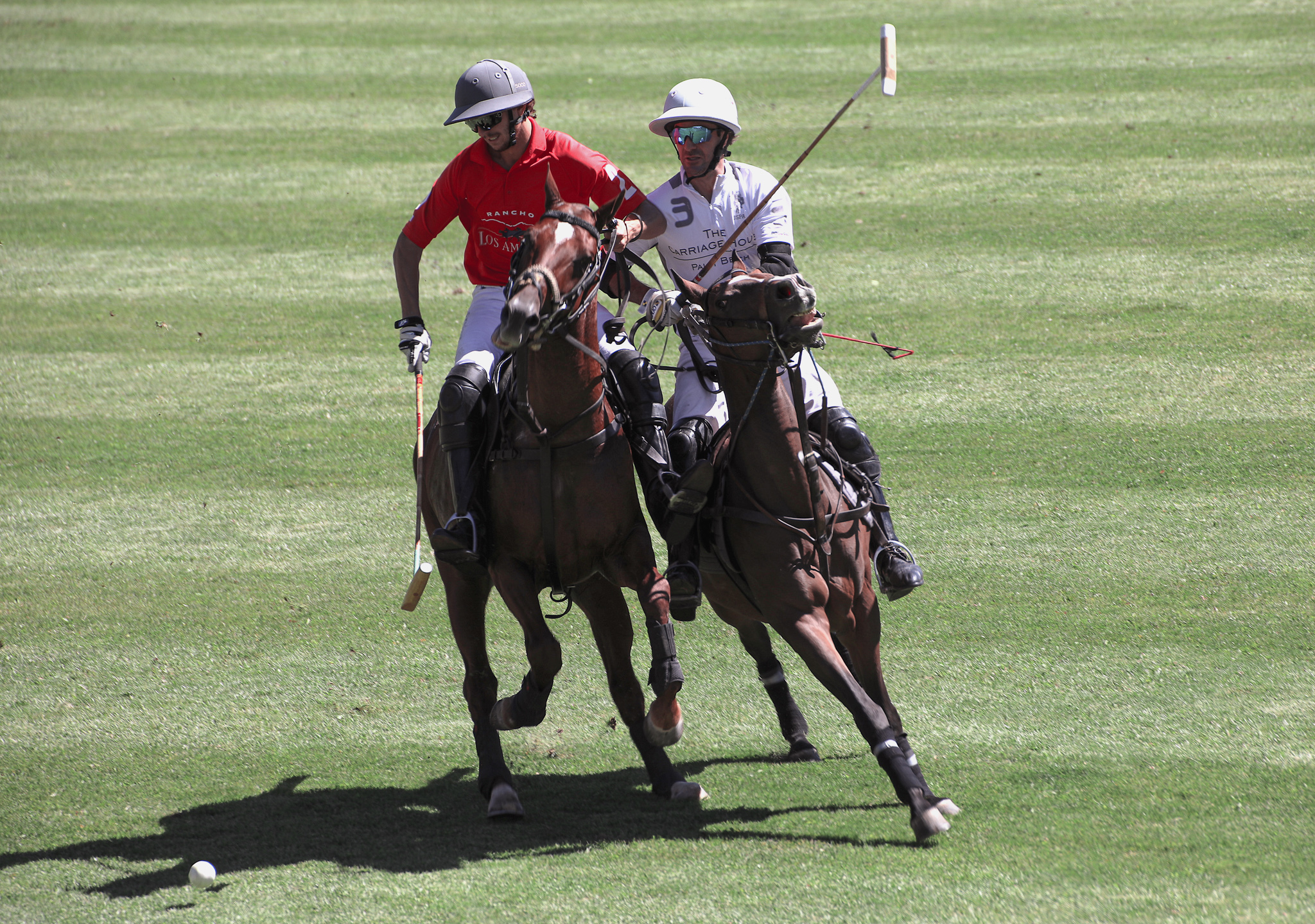 In the fouth chukker Gussie Busch sprang into action for La Karina, picking up a pass from Juancito Bollini to make a bold run at the goal. Seizing control of the ball at the throw-in, Busch made another charge downfield to score, racking up his second goal in a matter of seconds to put La Karina ahead 7-4. Michael Payne scored his own two consecutive goals to put White Claw within one, ending the chukker 7-6. In the fifth, Juancito Bollini found the goal, followed by Brian Boyd, to take the lead 9-6.

Pablo Spinacci shaved that lead to two. In the final chukker, Brian Boyd racked up a goal to put La Karina ahead 10-7, then Novillo Astrada came back with White Claw’s final goal of the game. Boyd scored to end the match 11-8 for La Karina. Brian Boyd was the high scorer of the match with five goals. 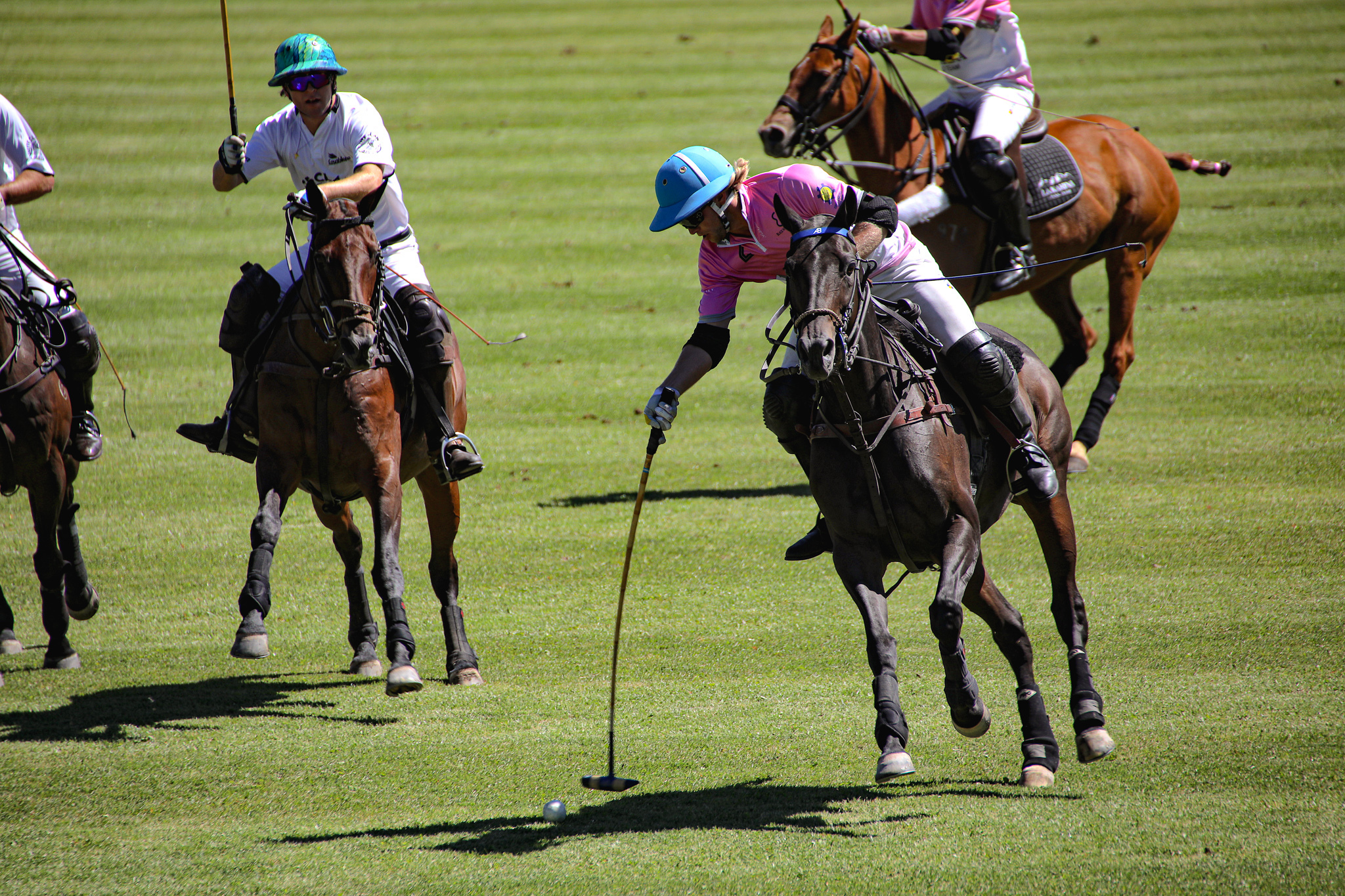 McClure River Ranch bested Los Amigos Blue by 5-4 in the first game, with Juan Martin Nero leading the scoring with two goals and his teammates adding one each. Nic Roldan of Los Amigos Blue also found the posts twice. The second chukker ended in a tie at 3 all as Los Amigos succeeded in keeping their opponent off the goal, but McClure River Ranch bounced back to find the goal twice in the third chukker and win the game. 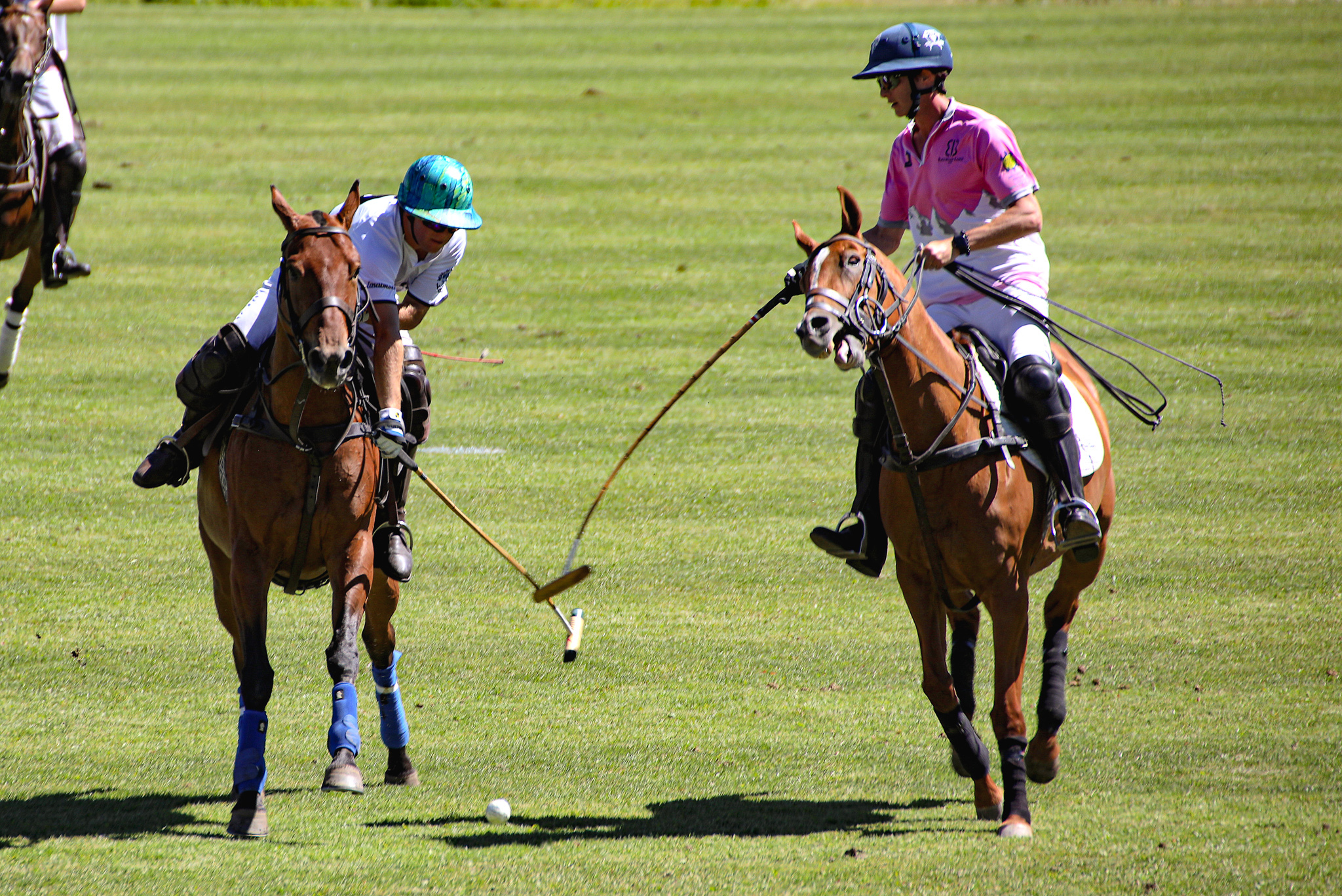 Despite the good start to the day, McClure River Ranch couldn’t keep up the momentum in the second game against Seminole Casino, losing by 4-6. Seminole Casino maintained a one goal lead in the first and second chukkers, stretching the lead to two goals in the final chukker. Melissa Ganzi was the high scorer of the match, knocking in 5 of her team’s 6 goals.

In the final game, Seminole Casino went down 4-6 against Los Amigos Blue, with Ganzi scoring a goal in the first chukker and on a penalty in the second. Paquito de Narvaez also knocked in two goals for Seminole Casino, while Paul Foster put one between the posts in each of the three chukkers. 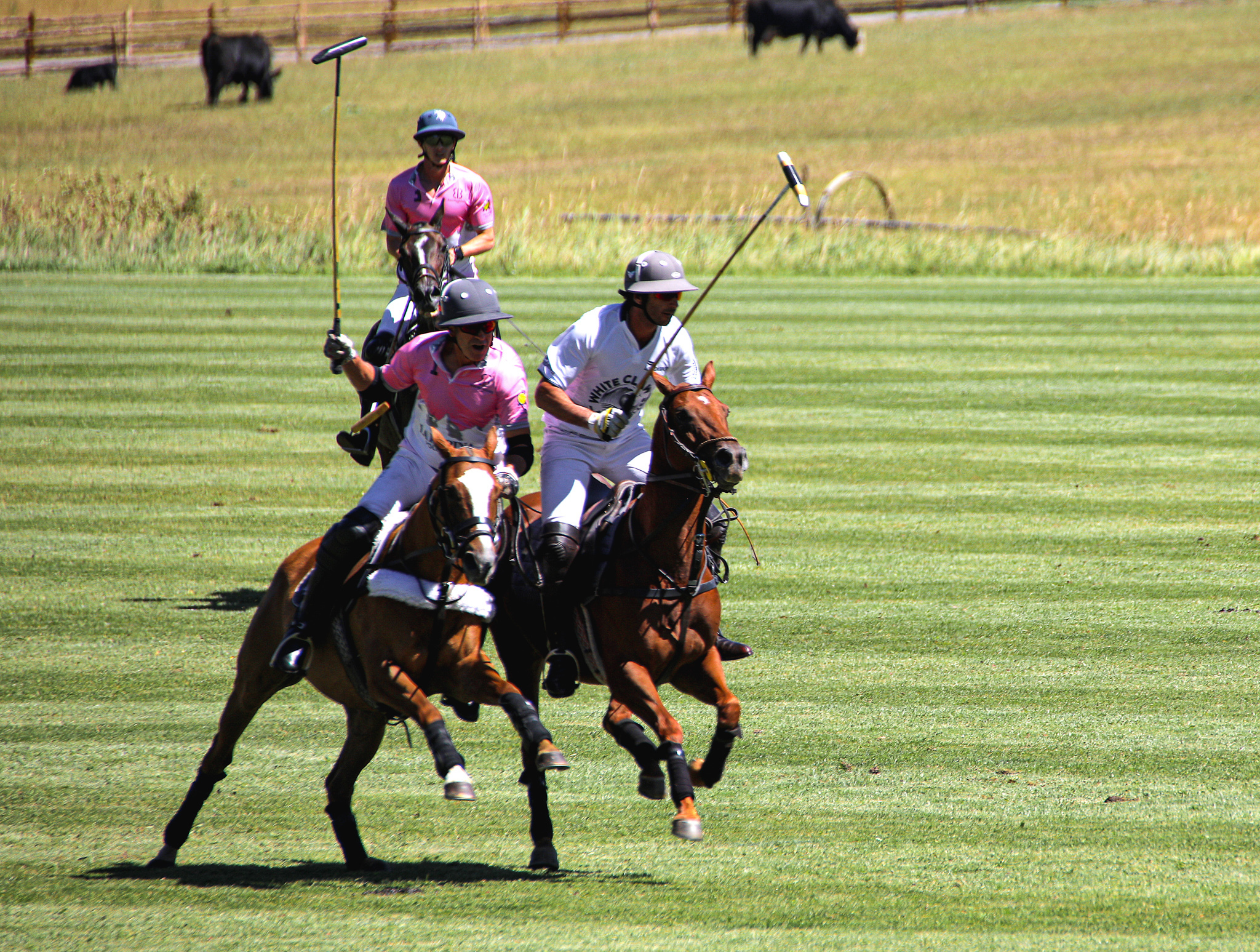 Co-founded by Grand Champions and Aspen Valley Polo Club owner and president Melissa Ganzi and Valiente Polo Farm owner Bob Jornayvaz, the successful World Polo League is the only 26-goal polo in the world outside of Argentina. The WPL is preserving the highest level of polo and its rich, hallowed tradition in the U.S.

For more information and to watch the games go to www.worldpolo.org for a complete library of WPL inaugural and second season games.

Just For The Joy Of It Subsidiary Final
10:30am White Claw vs La Indiana

The Triple Crown of Polo trophy is one of the sport‘s most coveted and prestigious in the world. Designed by Tiffany & Co., the magnificent trophy is comprised of three separate trophies that fit perfectly together to create an entire polo scene that is breathtaking in sterling silver.

The Triple Crown of Polo, an ESPN2 television series, was created in 2005 by David McLane, known for Pro Beach Hockey, Women of Wrestling and Gorgeous Ladies of Wrestling, to help promote polo in the U.S. The spectacular trophy was created for the event that had stops in Sarasota, Dallas, Santa Barbara and Aiken during its heyday. 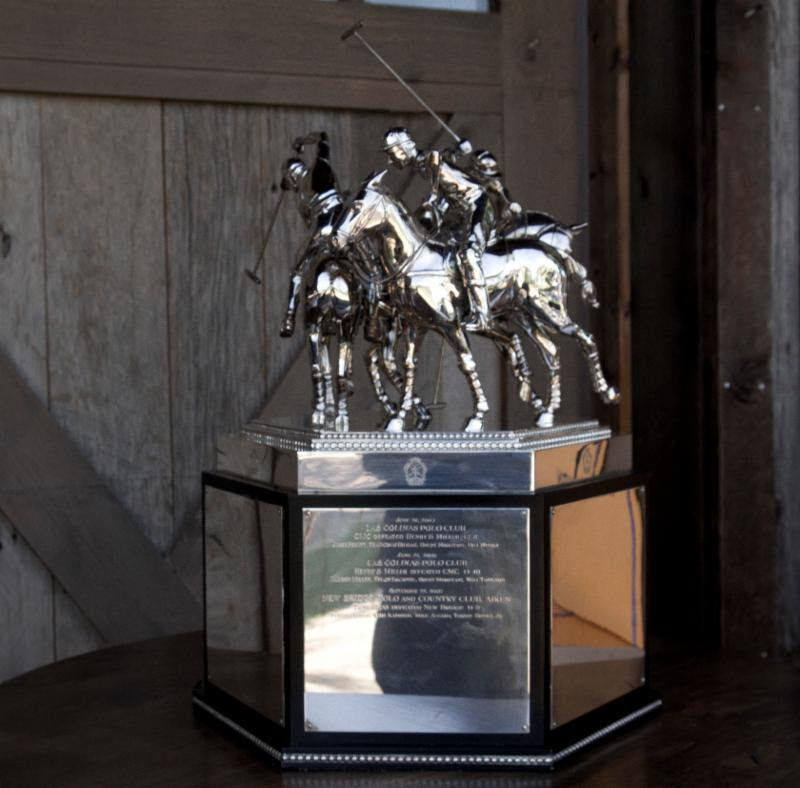 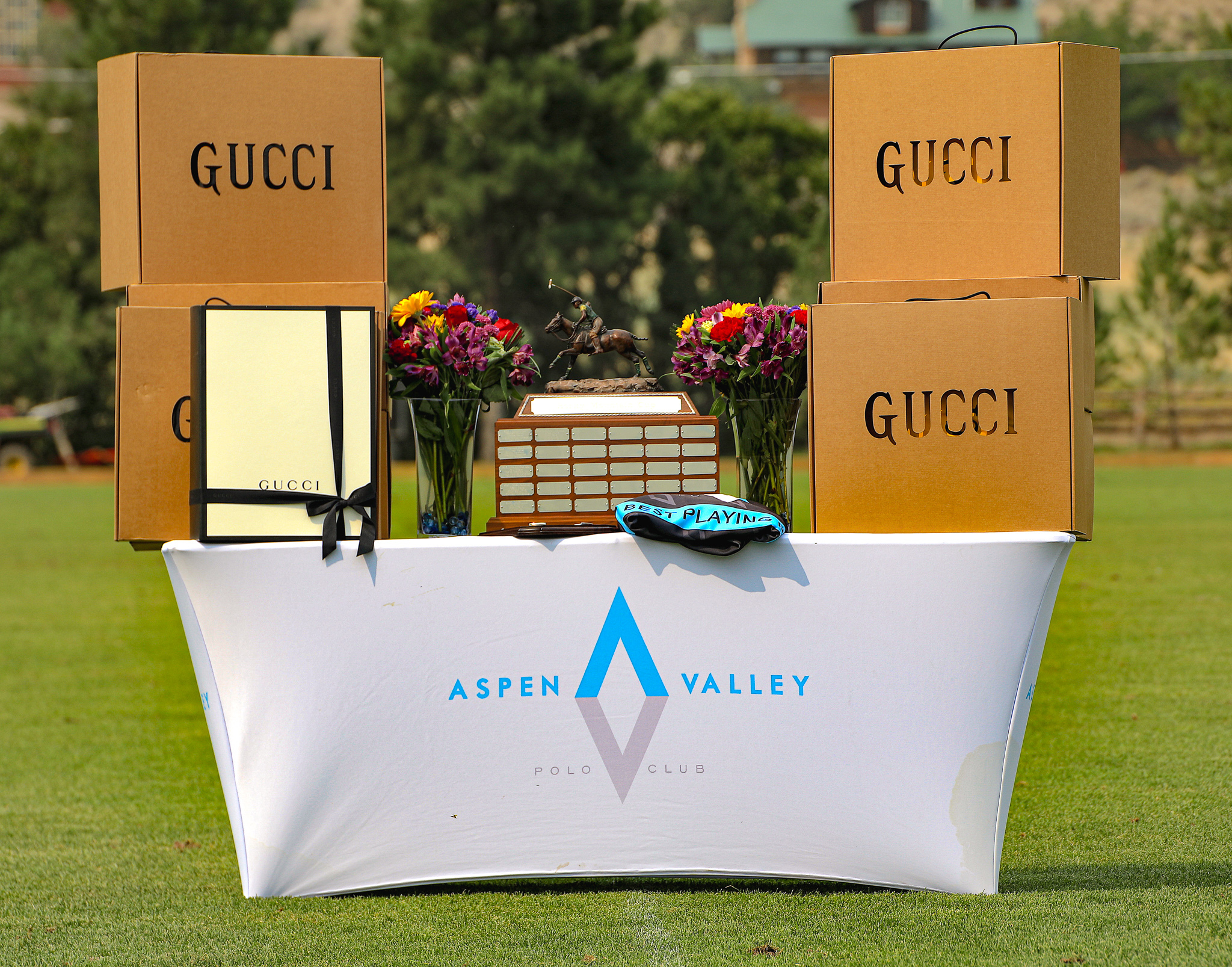