A dominant Abu Dhabi team continued their red-hot form as they defeated Ghantoot A to enter the final of the Sultan Bin Zayed Cup being played at the Ghantoot Racing and Polo Club.

The inaugural edition of the Sultan Bin Zayed Cup is being held under the patronage of Sheikh Falah Bin Zayed Al Nahyan, Chairman of Ghantoot Racing and Polo Club.

The tournament is being held in memory of Sheikh Sultan Bin Zayed, younger brother of the President, His Highness Sheikh Khalifa Bin Zayed Al Nahyan, who served as the President’s Representative and died in 2019.

With Hugo Barabucci and Elena Venot spearheading the attack, Abu Dhabi gained upper hand after quickly establishing lead which they never relinquished during the entire match. Continuing his fine form, Barabucci scored two more in the third chukker to help Abu Dhabi stretch their lead to 5-2.

Ghantoot tried to stage a comeback when Ali Al Marri and Yosuf Bin Desmal Ghantoot scored in the last chukker but it was too late. 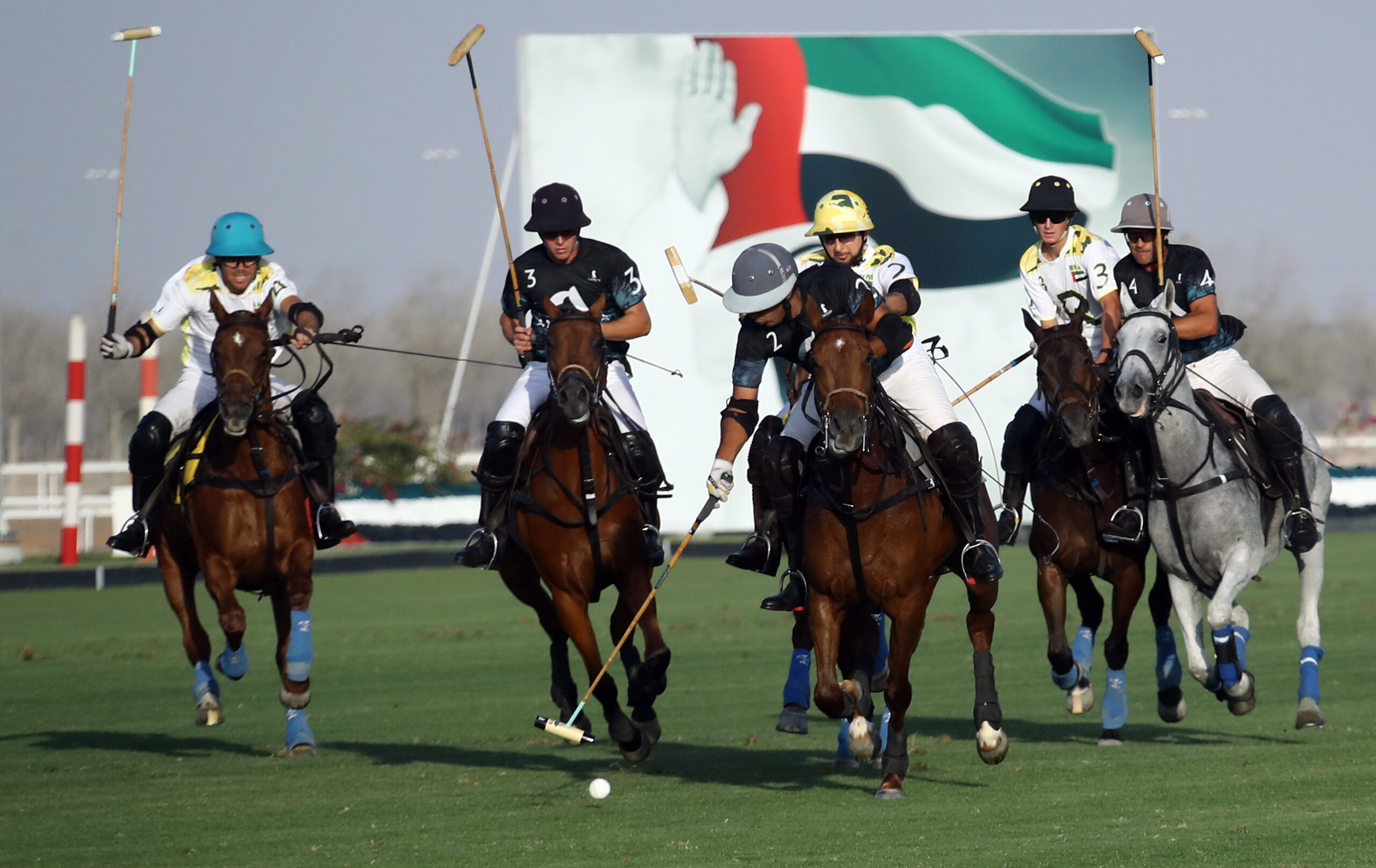 Venot’s superb field goal proved to be the last nail in the coffin as Abu Dhabi secured the ticket for final with a 6-4 win over their rivals.

The dynamic duo of Barabucci and Venot combined for six goals, leading Abu Dhabi to another victory at the Sultan Bin Zayed Field 2.

In the other semi-final, Ankora routed RA Noon 8-3.5 on the Sheikh Zayed Field. It was an easy win for Ankora, thanks to the impressive offensive performance of Ricardo Garros, who scored five goals, while Ankora’s superb defensive skills held RA Noon to just 3.5 goals.

Garros was well supported by Khalid Alomran, who scored a brace.

Abu Dhabi will take on Ankora in the final scheduled to be held on Monday. In the subsidiary final, Ghantoot B will face Anningsley Park Farm.

Fans can catch the action live through Ghantoot Polo and Racing Club’s YouTube channel, while the Abu Dhabi Sports channels will broadcast the final live on Feb.1. 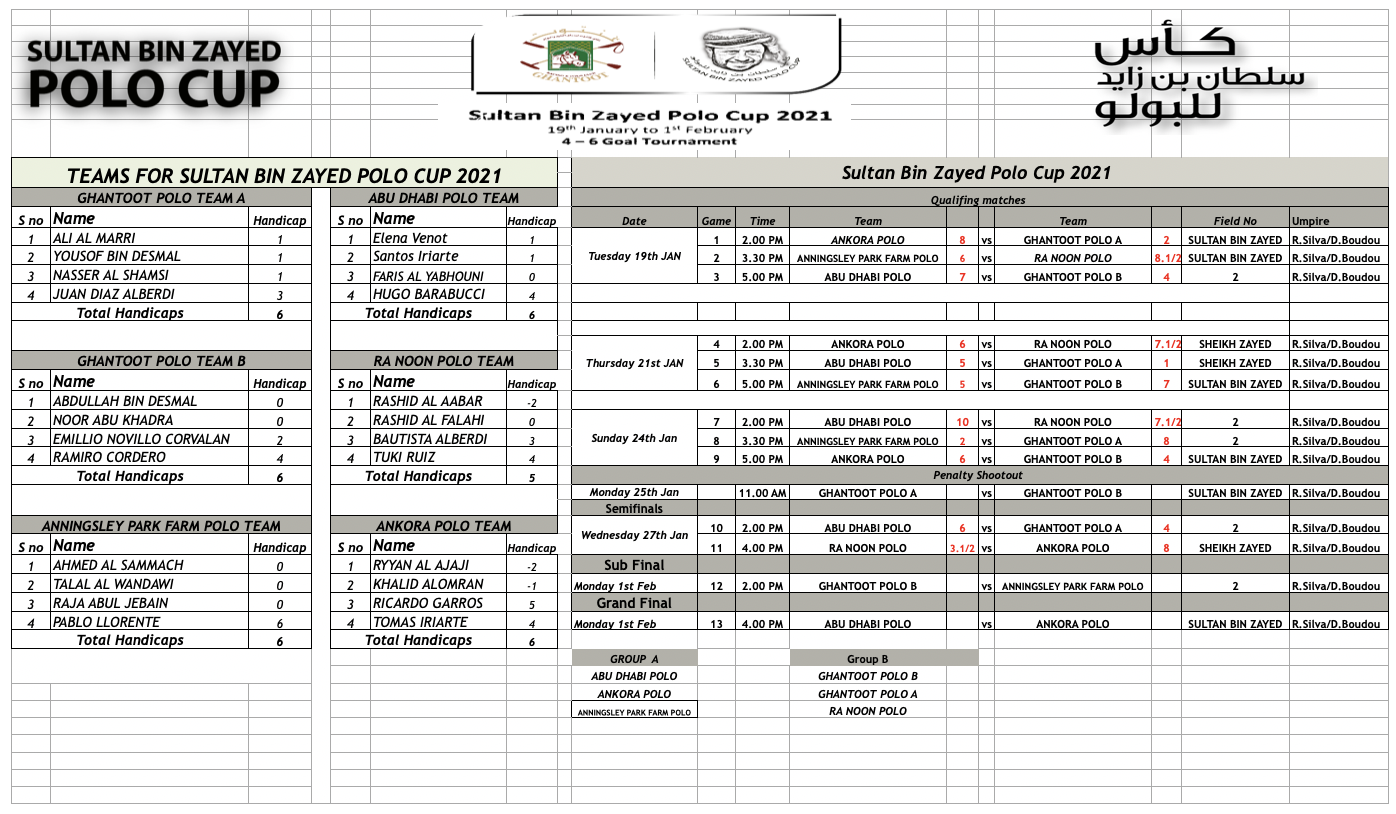 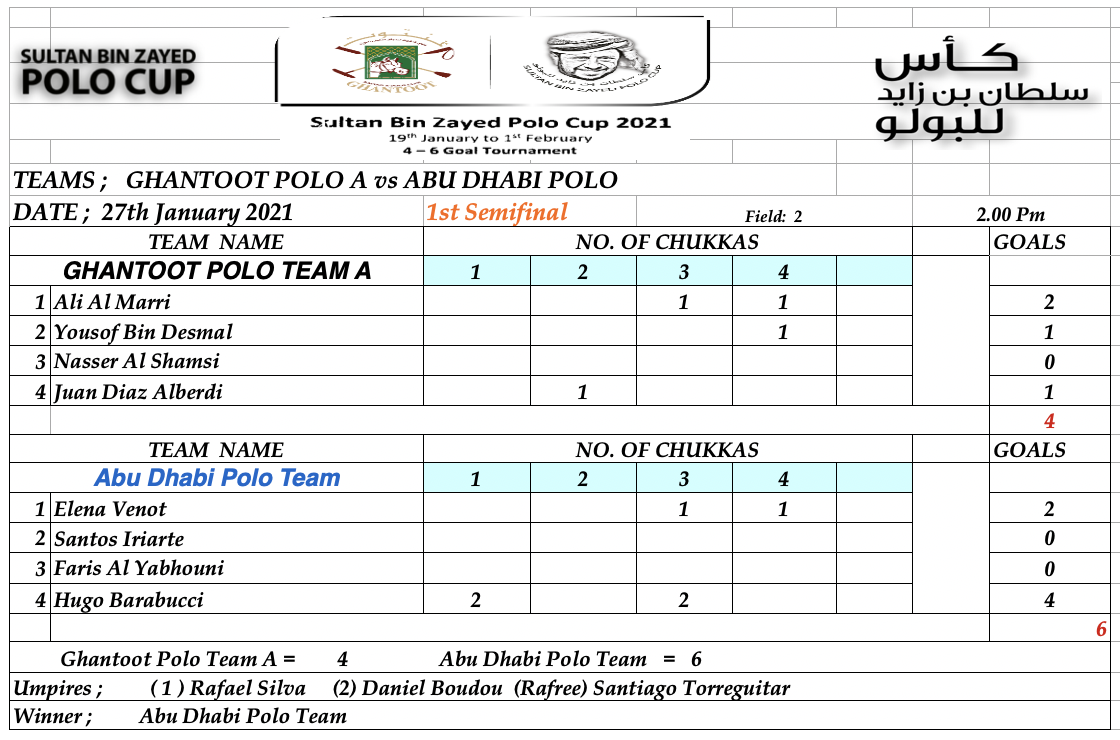 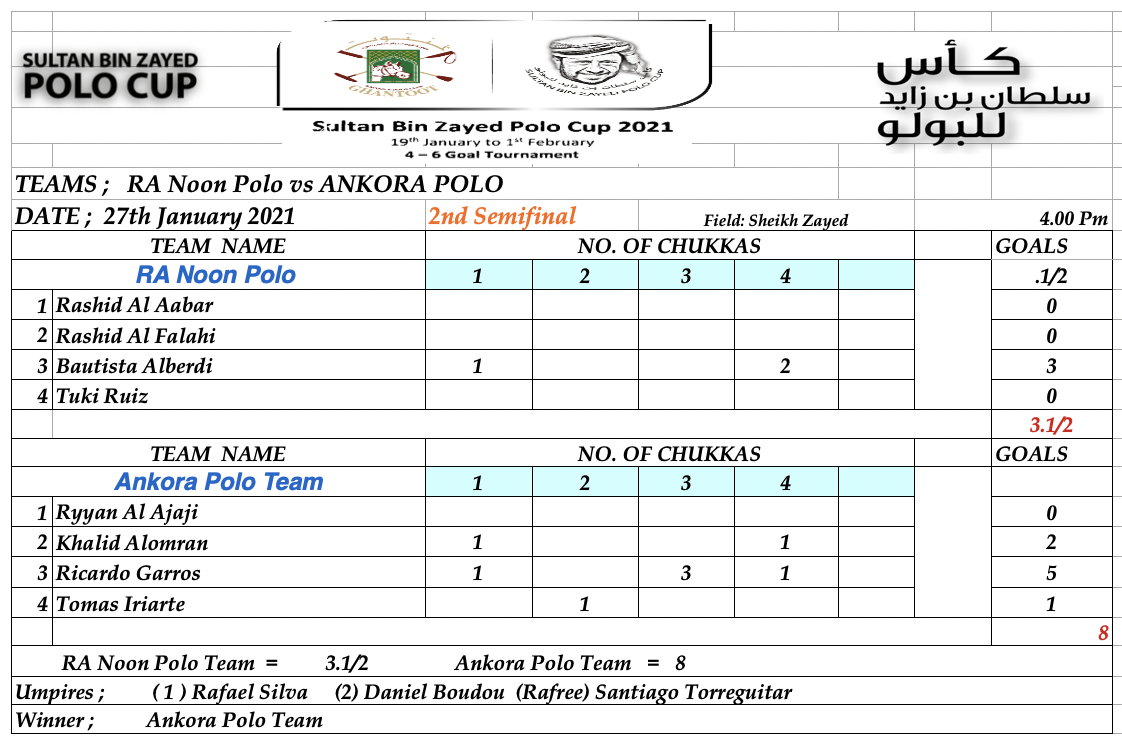