Al Habtoor’s leading player Facuno Solo could not have hit peak form at a better time as he scored a stunning hat-trick in a tense final chukker to help hs team defeat a gritty Bangash 12-9 in the 20th HH President of the UAE Polo Cup at the Al Habtoor Polo Resort on March 16.

Both team were lock at 8-goal each at the end of the fourth chukker, but it was Al Habtoot who came out stronger in the decider to strike four goals without conceding any, for a resounding victory. It was their second of the six-team 18-goal handicap tournament, following their 14-12 victory over the UAE Polo Team in an earlier game. One of the UAE’s leading polo clubs and tournament organisers, Al Habtoot comprise a strong team lead by Mohammed Al Habtoor, Felix Esian, Martin Podesta and the mercurial nine-handicapper, Solo. “I am delighted with the way the team performed under pressure,” said Al Habtoor. “The whole performance was very good right from the start. “We also won a tense match against UAE Polo Team which shows that we can handle the pressure. By playing this way and staying positive will also help the team to perform better. Overall out performance was solid and we look forward to our next match against Abu Dhabi (March 21).

“A win there will put us in a strong position in the tournament,” Despite losing two games on the trot Haider Bangash remained up-beat and said: “Full marks to our players for putting up such a spirted performance for the second consecutive match. “We lost both matches narrowly, which means that we can still mix it with the top teams. Perhaps we need to look at some things in our strategy and hopefully raise our game in the coming matches. Bangash play Desert Palm Polo Team in their third league match on March 21.

What: HH President of the UAE Polo Tournament 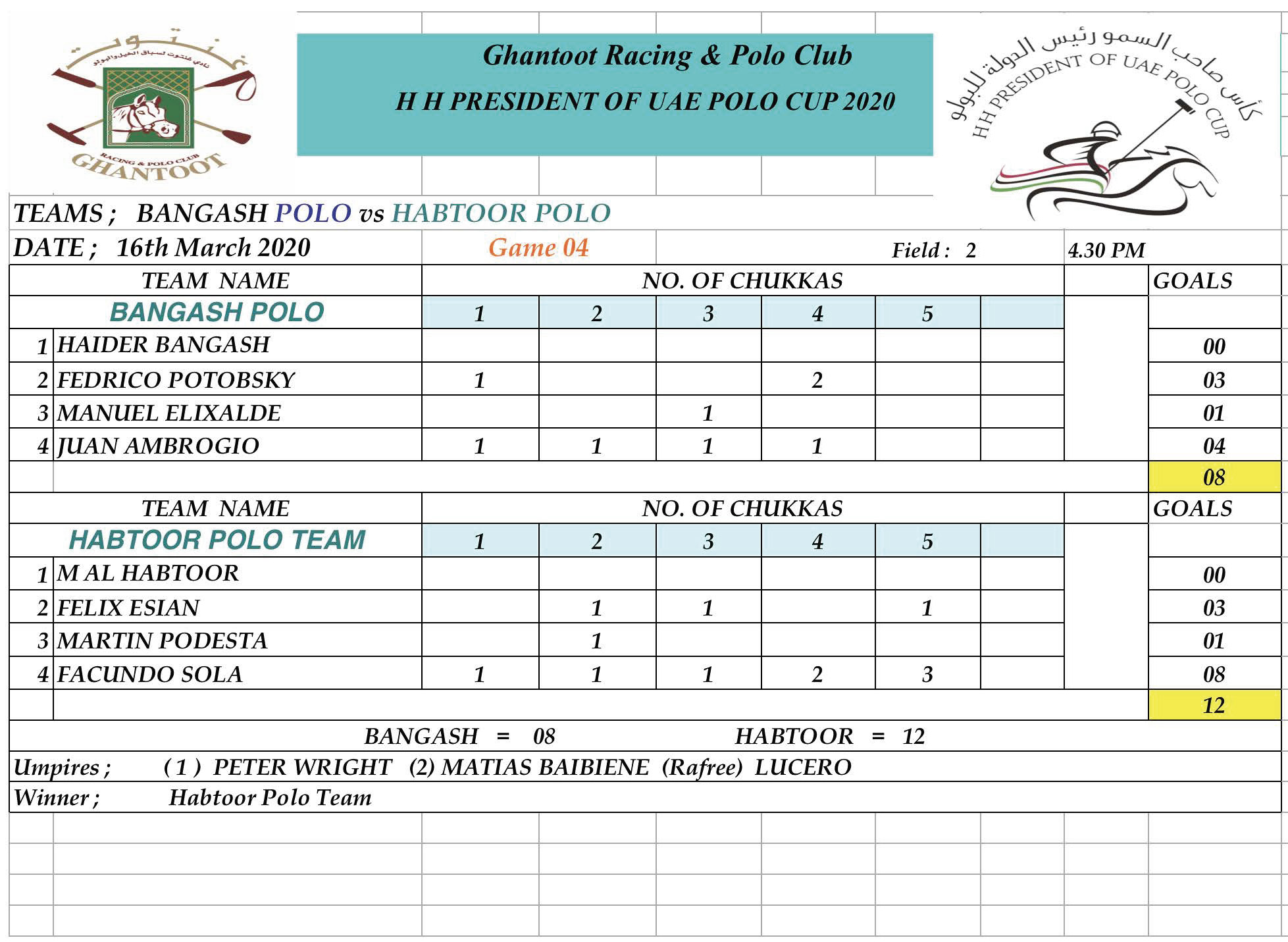