Wellington, FL – April 8, 2021 – The first game of elimination play in the 2021 CaptiveOneU.S. Open Polo Championship® featured a play-off between Aspen/Dutta Corp and Santa Clara, with the winner advancing to a quarterfinal match-up against Pilot on Sunday. After an evenly matched first half, Aspen/Dutta Corp shot an accurate 67% in the second half to pull ahead and defeat Santa Clara 9-6, securing their place in the quarterfinal.

A defensive game was seen between Aspen/Dutta Corp and Santa Clara as they did not concede anything easily in the must-win game. Inaccurate shooting plagued both teams in the opening half, but it was Aspen/Dutta Corp that excelled in the second half, led by the combination of Timmy Dutta and Gringo Colombres. Despite not scoring from the field, Colombres assisted on three goals in the second half, passing effectively to goal, while Dutta finished accurately to lead the team with four goals. Stewart Armstrong played an outstanding back position, limiting the opportunities for Santa Clara to break way for open runs to goal and help push Aspen/Dutta Corp into the quarterfinal with their first win of the tournament.

In the opening chukker, Aspen/Dutta Corp looked to strike first, attacking the goal in the opening minutes but were unable to convert their chances from the field. The pressure left Santa Clara on the defensive and they ultimately committed a foul that led to a Penalty 2 conversion for Colombres in the first goal of the game. Santa Clara’s Miguel Novillo Astrada provided a quick response for Santa Clara, scoring his first goal of the game and tying the score at 1-all. Missed opportunities around goal for both teams resulted in zero field goals for the remainder of the first half as the only offense came from the penalty line where Vercellino and Colombres traded penalty conversions to end a low-scoring first half at 2-2. 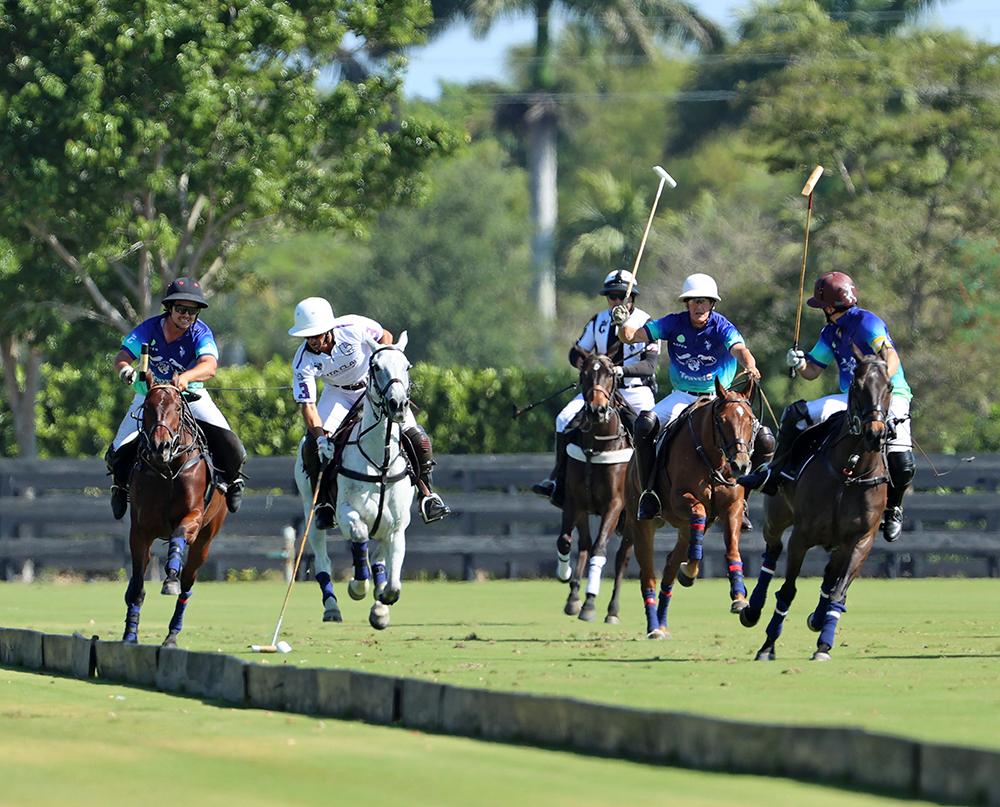 Of the Aspen/Dutta Corp team, Timmy Dutta scored the most goals with five of the team‘s nine. ©Alex Pacheco

With a spot in the quarterfinals on the line, Santa Clara came out of halftime led by 9-goaler Astrada, who scored back-to-back goals, giving his team their first two-goal advantage of the game. However, after recording zero field goals in the first half, Aspen/Dutta Corp finally broke through before the conclusion of the chukker, receiving two quick field goals from Lucas Diaz Alberdi and Dutta, restoring the tie at 4-4. With the momentum on their side, Aspen/Dutta Corp pushed forward and controlled the fifth chukker due to the play of Dutta. Converting a pass from Colombres for his second goal, Dutta then worked the ball in front of goal and a lay-off for Armstrong was sent through the posts to give Aspen/Dutta Corp the 6-4 lead entering the final chukker. A Penalty 2 conversion from Colombres began the sixth chukker and was quickly followed by another goal from Dutta, ending a run of six consecutive goals that left Santa Clara facing a significant four-goal deficit. Astrada continued to try and pull Santa Clara within reach, playing well on both sides of the ball but his sixth chukker goal was not enough to overcome the second-half performance from Aspen/Dutta Corp, falling in the 9-6 defeat. 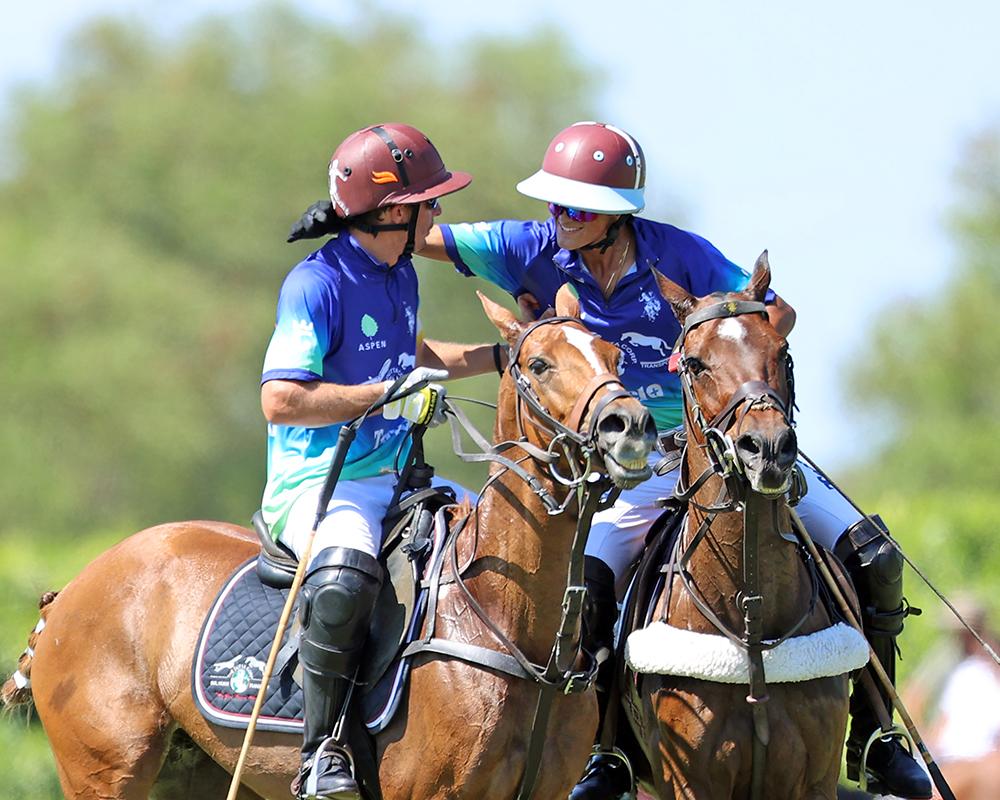 Aspen/Dutta Corp‘s second-half performance kept them at the top of the scorecard to advance in the CaptiveOne U.S. Open Polo Championship®. ©Alex Pacheco

The quarterfinals begin on Saturday at the International Polo Club Palm Beach with Coca-Cola facing La Indiana at 10 am ET, while Cessna will take on Park Place at 4 pm ET.