Wellington, FL – February 20, 2021 – Bouncing back from an overtime loss in their opening game, Coca-Cola captured their first victory in the 2021 C.V. Whitney Cup®, defeating Tonkawa 14-11 behind an impressive eight-goal, two-assist performance from Nico Pieres on Field 3 at the International Polo Club Palm Beach (IPC).

Facing a must-win game, Coca-Cola produced an efficient offensive showing, converting four of their five penalty attempts while also shooting above 50% from the field. The anticipated debut of the Sapo Caset, Francisco Elizalde duo for Tonkawa was thwarted by a disciplined Coca-Cola team that kept Tonkawa off the penalty line, conceding just one penalty attempt throughout the game. Left to open play, Tonkawa had their opportunities to match Coca-Cola but struggled to convert around goal with the same accuracy of a Coca-Cola team that made a few tough-angle shots in the three-goal victory.

The opening minutes of the game featured Nico Pieres as the stand-out player on the field, scoring three consecutive goals for Coca-Cola, including a Penalty 4 conversion to finish the first chukker holding a 3-2 lead. A game displaying exceptional horsepower from both teams, Coca-Cola extended their lead further receiving contributions from Julian de Lusarreta and Mackenzie Weisz in the well-rounded attack. In a clean start to the game, Tonkawa’s only offense came from the field on Elizalde’s second goal, keeping Tonkawa within reach as they trailed by two. Caset’s Penalty 2 conversion in the third chukker proved to be Tonkawa’s only penalty attempt in the game with Coca-Cola remaining disciplined, allowing them to continue their pressure from the field. One goal each from Gillian Johnston, Weisz, and Pieres gave Coca-Cola the commanding 8-5 lead entering halftime. 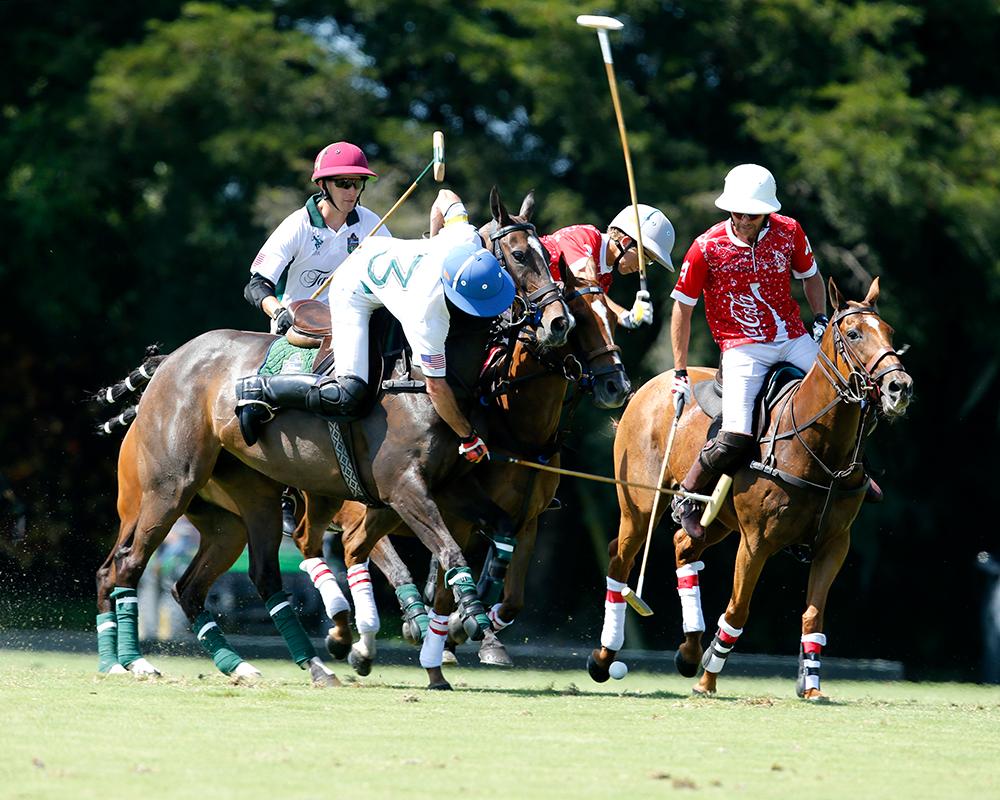 Coca-Cola defeated Tonkawa with a score of 14 to 11. ©Alex Pacheco

The start of the second half featured a revitalized Tonkawa team led by the play of Elizalde, who raced out of the break to score three goals and add an assist in an impressive fourth chukker. Generating seven shots on goal in the chukker, Tonkawa quickly turned their three-goal deficit into a tied score at 9-9, leaving the outcome to be decided in the final two chukkers. In a high-scoring game, it was the defense in the fifth chukker from Coca-Cola that ultimately changed the game, holding Tonkawa off the scoreboard while scoring three unanswered goals, two coming from Pieres to take control of the game. Converting a neckshot from almost on the end line, de Lusarreta pushed Coca-Cola’s lead further to four, ending the hopes of a Tonkawa comeback. Late goals from Cody Ellis and Caset were not enough for Tonkawa to challenge Coca-Cola late in the 14-11 defeat.

Play resumes with two games on Sunday with Aspen/Dutta Corp making their debut against Park Place at 11 am EST, while Scone faces Santa Clara in the feature game of the week at 3 pm EST. 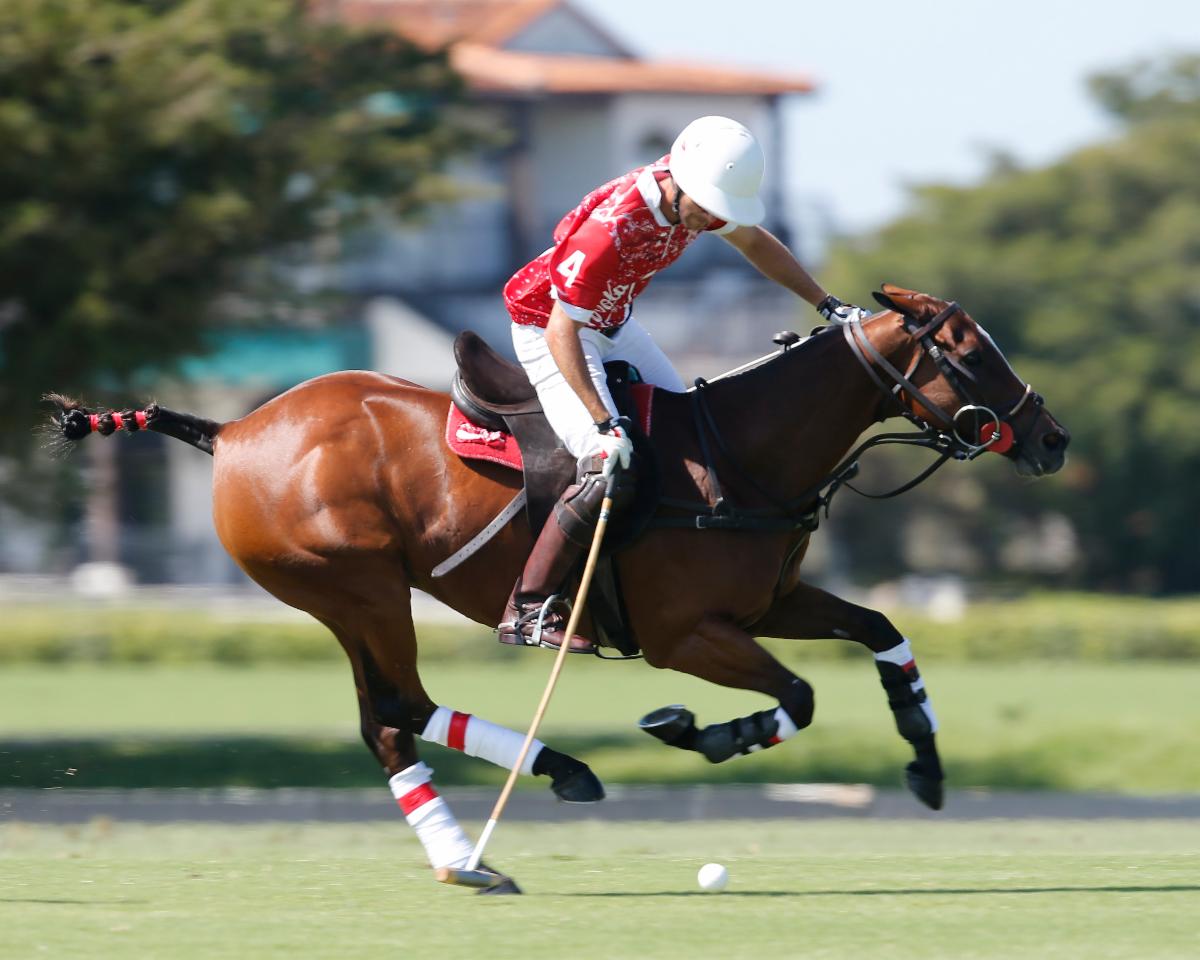 Julian de Lusarreta scored multiple goals, including one of the final ones of the game that helped to seal Coca-Cola‘s victory. ©Alex Pacheco