CAFU is a Dubai-born start-up and technology-enabled car service designed entirely around the consumer’s needs, transforming the way a car is run and operated. Launched in 2018, and recognised as ‘App of the Year’ at Entrepreneur Middle East’s Enterprise Agility Awards 2019, CAFU uses technology and innovation to drive simplicity by delivering pure convenience to customers through services that range from refuelling to car wash and maintenance – anytime and anywhere they are needed.

Habtoor Al Habtoor thanks his new sponsor, saying “I am grateful for the confidence that CAFU has placed in my team by way of this sponsorship during the region’s two most important polo tournaments. This synergy further reinforces the strength of the Dubai Wolves team for this season, there is no doubt in my mind that the lineup that we have chosen for the team has never been more on point in history, all we see over yonder is glory.”

“As a Dubai-born and pioneering company, we at CAFU are delighted to lend our support not just to a sport that’s close to the hearts of our inspiring leadership, but also to Dubai Wolves who are an exemplary team. We wish Mr. Habtoor Al Habtoor and the rest of the Dubai Wolves team the best, and look forward to an exciting tournament”, said Antonio Al Asmar, General Manager, CAFU.

The ‘Dubai Wolves by CAFU’ features young athletes making their mark in the sport of polo: 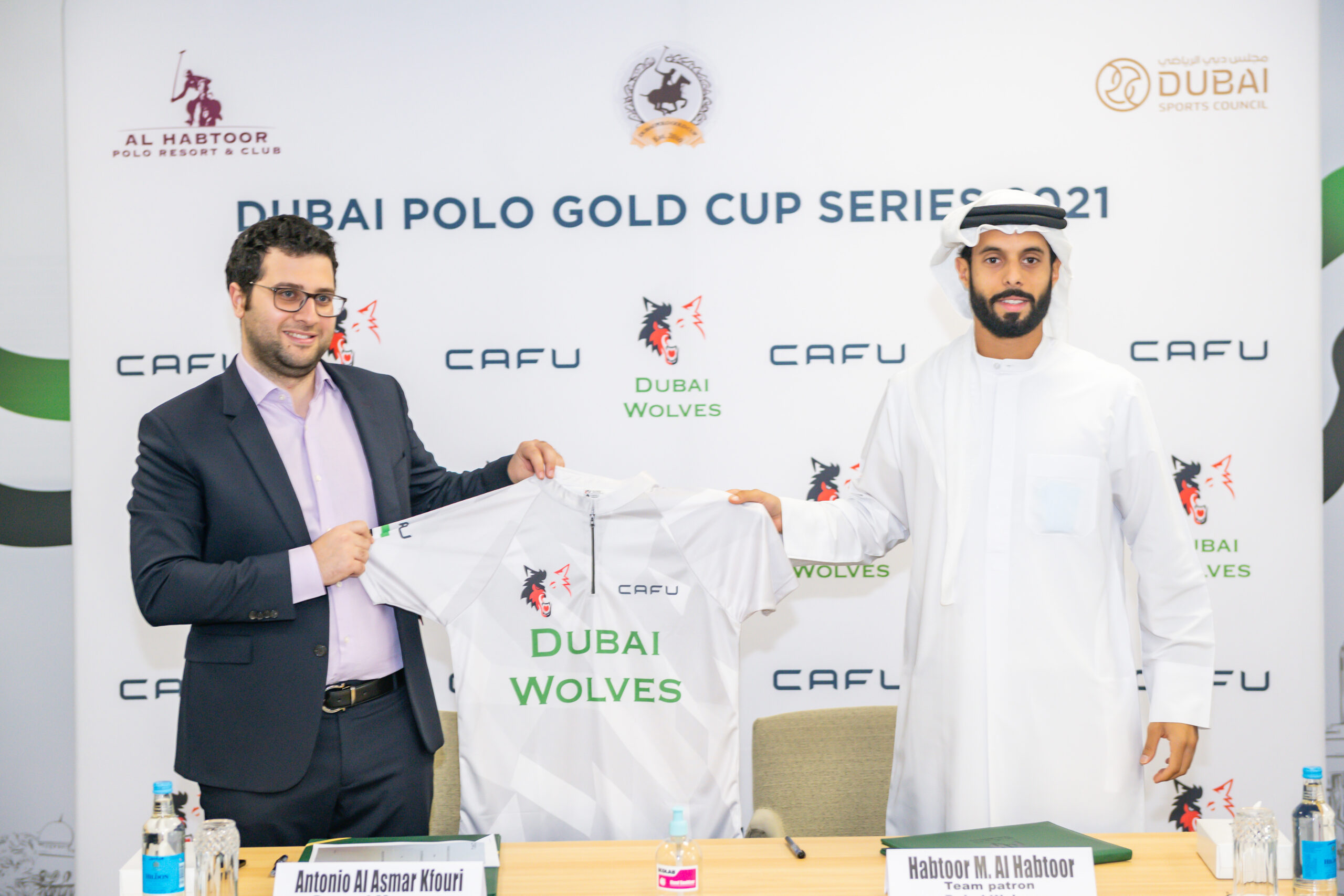 Some the world’s best and homegrown polo players have confirmed their participation in the Dubai Polo Gold Cup (DPGC) Series’ major tournaments. Al Habtoor commented: “The fact that all teams carry a handicap of 17 to 18 goals adds a new dimension to the DPGC Series, and a recognition of it being on a par with high-level tournaments in the world.”

The eight participating teams are: