Wellington, FL – February 18, 2021 – The second day of play in the 2021 C.V. Whitney Cup® at the International Polo Club Palm Beach (IPC) began with Santa Clara using a strong final chukker to narrowly defeat Cessna 12-10, while La Indiana and Park Place battled into overtime until Jeff Hall played the hero, securing the 15-14 victory for La Indiana to begin their 2021 season.

A competitive first game on the Isla Carroll East field saw contributions from all eight players on the scoresheet, producing an entertaining match that came down to the final minutes. Both teams converted nine shots from the field with the difference ultimately coming from the penalty line where Santa Clara’s Felipe Vercellino finished a perfect 3-for-3. After trailing throughout the game, a three-goal stretch for Cessna that carried into the sixth chukker gave them a chance at capturing the victory, but Santa Clara responded with the final three goals of the game to emerge victorious.

From the opening throw-in, the ball moved fast across the field with passing attacks prominent for both Santa Clara and Cessna. Converting all three attempts in the first chukker, Santa Clara held the 3-2 lead thanks to two goals from Luis Escobar. Joining Cessna for the first time, Jared Zenni added his second goal of the game as Cessna looked to pull even, but Vercellino was able to capitalize on a Penalty 4 while adding a goal from the field to keep Santa Clara ahead by one. Cessna continued to pressure Santa Clara, scoring two goals for the third consecutive chukker, but could not slow the offense of Santa Clara who inched further ahead behind the balanced team offense. One goal each from Vercellino, Escobar and Miguel Novillo Astrada gave Santa Clara the 8-6 lead at halftime. 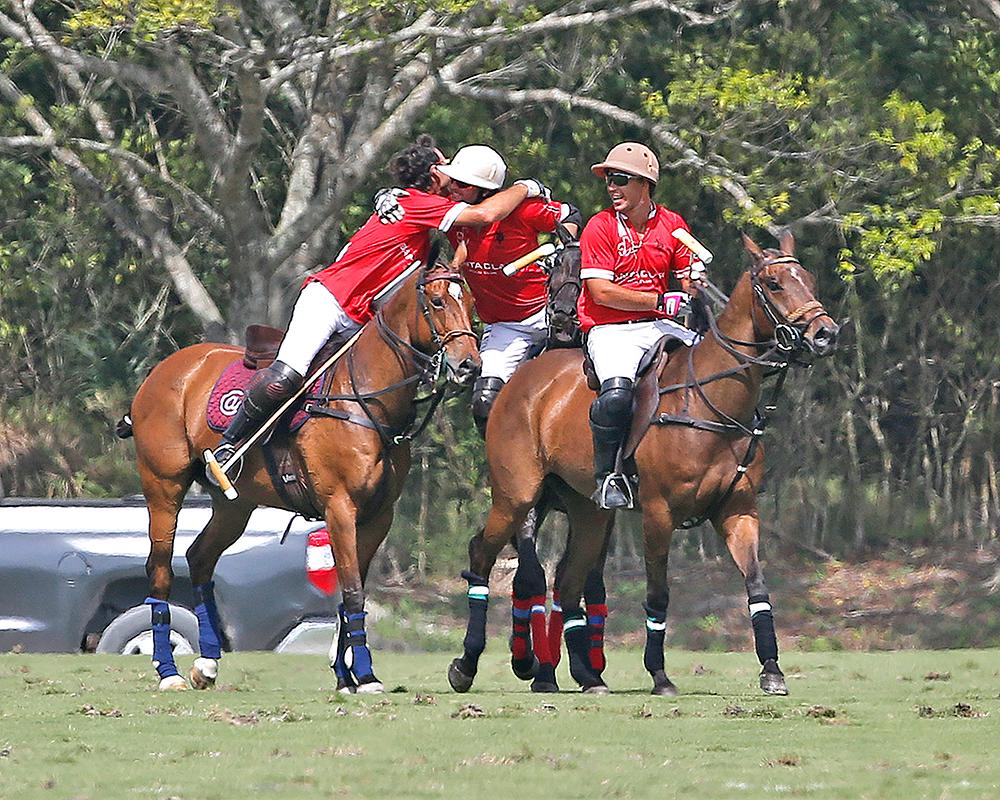 The fast-paced game carried into the second half with Will Johnston scoring his first goal of the game as Santa Clara and Cessna continued to trade goals, leaving just a two-goal difference on the scoreboard. Finding some momentum defensively, Cessna kept Santa Clara off the scoreboard in the fifth chukker, beginning a stretch of three unanswered goals that saw two goals from Ezequiel Martinez Ferrario. The third goal off the mallet of Zenni ignited Cessna as they grabbed the 10-9 lead in the sixth chukker, setting their sights on the victory. An immediate response from Astrada swung the momentum back in Santa Clara’s favor with the final minutes belonging to the team in red. Vercellino’s third penalty conversion was quickly followed by Johnston’s second goal of the game to secure the 12-10 victory. 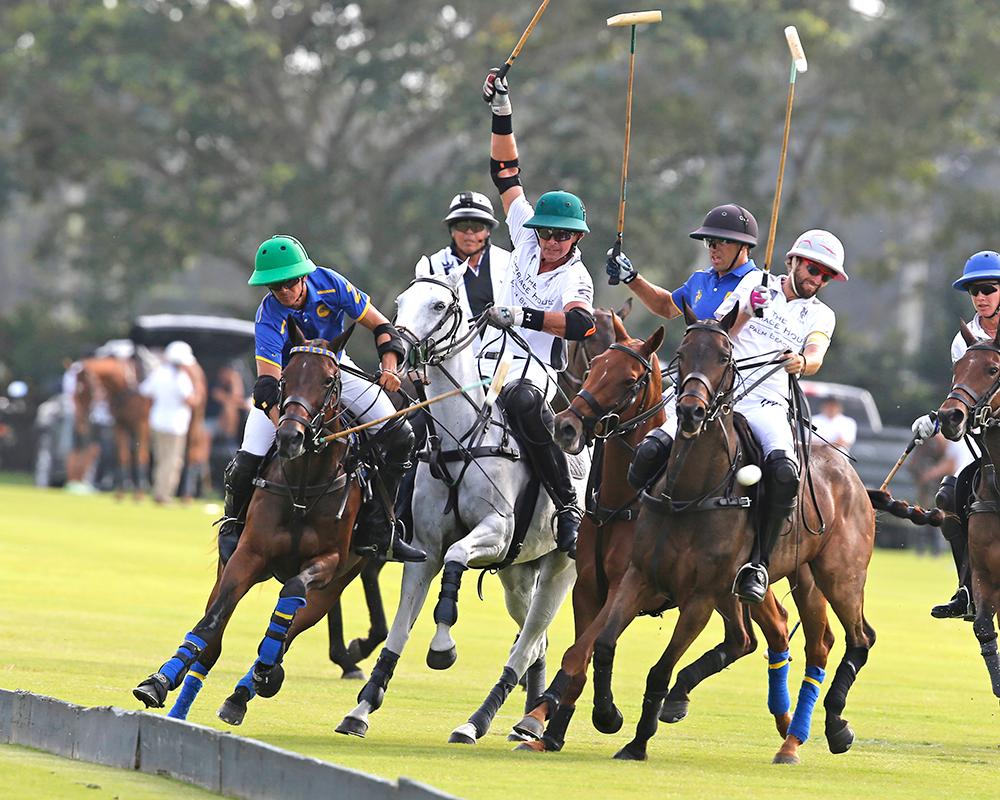 Both of Thursday‘s games at IPC went into overtime. ©Alex Pacheco

The second overtime of the C.V. Whitney Cup® turned into a high-scoring contest between La Indiana and Park Place with the latter fighting back in the second half to challenge the recent 2020 USPA Gold Cup champions. Despite the 29 goals on the scoreboard, La Indiana and Park Place combined for just 27 shots while shooting above 60% in a game often seen in the semi-finals or final of any other tournament. The two 10-goalers in Polito Pieres and Hilario Ulloa led their respective teams offensively, but in a game decided by the narrowest of margins, it was the one-goal advantage on handicap for La Indiana that led them to victory.

With Leon Schwencke playing in place of Michael Bickford, La Indiana began with a one-goal lead on the scoreboard and quickly doubled it two on the opening throw-in goal from Nico Escobar. A dominant opening chukker saw La Indiana continue their strong play from last Sunday, receiving one goal each from Escobar, Pieres and Schwencke to put Park Place in a 4-1 deficit. Storming back with a four-goal chukker of their own, Juan Britos and Hilario Ulloa executed an excellent two-man game, scoring two goals each to bring Park Place back within one. The frantic pace slowed at the end of the first half as La Indiana and Park Place were held to one field goal each, leaving La Indiana holding the slim 7-6 lead.

After the rest at halftime, both teams came out firing to produce seven goals in seven minutes without a missed shot from the field or penalty line. Pieres led the way for La Indiana with three goals in the fourth chukker, while Park Place’s Ulloa responded with two of his own, but the scoring outburst allowed La Indiana to inch further ahead. La Indiana’s lead was short-lived as Park Place produced their first run of the game, holding La Indiana off the scoreboard while receiving two penalties in front of the goal to take the 12-11 lead into the sixth chukker. A standout player in the final chukker, Escobar stole the ball from Britos to tie the game at 12. A penalty 4 conversion for Pieres put La Indiana back in the lead but an impressive goal from distance by Ulloa sent the game into overtime.

Beginning with a throw-in just yards in front of Park Place’s goal, La Indiana won the throw-in to keep Park Place on defense. Jumping on a loose ball in front of goal, Hall scored the golden goal, sealing the 15-14 victory for La Indiana. 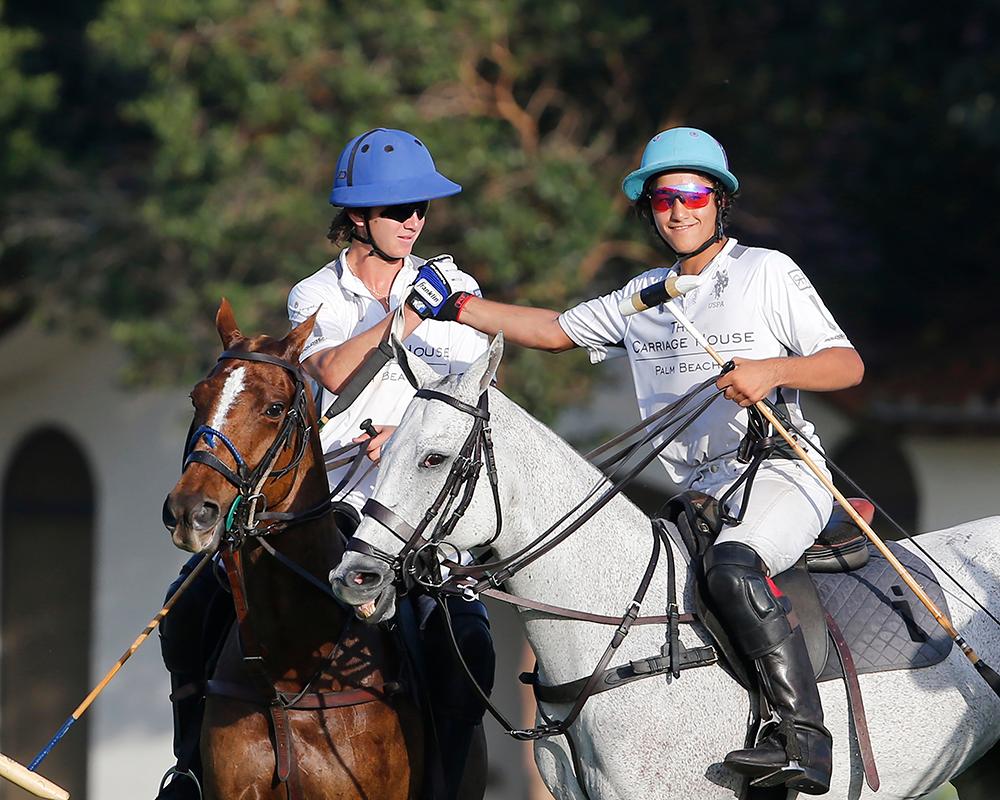