The French Championships traditionally close the French grass season. Fifteen days after a memorable French Open, the Domaine de Chantilly Polo Club hosted this time the final of this Championship “6-8 goals” where the Parisian team of Sainte-Mesme kept its title and after a very close match (9 at 8½).

Usually, these finals are played at the Polo de Paris, on the traditional “lawn” of Bagatelle, which hosted polo at the 1924 Paris Olympic Games. But the rain having been generous these last few days, the polofield already very much solicited during the qualifying phase was… tired. And it is quite natural that the Polo de Chantilly received the semi-finals yesterday and this final on Sunday afternoon. The eight polofields of this flagship French polo club allow to alternate the matches which can take place on grounds that are perfect for horses. Fourteen teams were entered in this competition, six in the Paris zone and eight in the Chantilly zone, a sign of the good health of French polo.

For these finals, the main field “Honneur 1” had been preserved throughout the week. Despite the presence of Argentinean professionals (maximum two per team) allowed in this competition, there were seven Frenchmen in the final of this Championship and it was a 100% French team that won. Sainte-Mesme had father and son, Birger and Robert Strom, the young French professional trained in Chantilly, Louis Jarrige and the excellent young arena player, Victor Louarn. Opposite, only one Argentinian, Nacho Kennedy, a brilliant attacker at the French Open, and three Frenchmen, Jérôme Hue, Charlotte Garaud, the only woman in this final and her brother Florent wore the colors of Omédia Paris/Black Mamba. A difficult match that ended with the smallest gap (9 at 8½). The French 5-goaler, Robert Strom, who converted a decisive 60 yards penalty at the end of the game, was expecting such a challenge: “It’s true that this final was difficult, there were very good teams in the Chantilly zone and we knew that the one that would make it to the final would be tough. In addition, they started with a goal and a half lead that we had to overcome. Opposite, Nacho Kennedy made a big match like the huge season he just made in France. I must say that I was very well accompanied because I have the chance to play with these two young Frenchmen, Louis (Jarrige, 23 years-old) and Victor (Louarn, 19 years-old). The latter is a bit of a revelation. We discovered him this winter in the arena with my brother-in-law, Clemente (Zavaleta, Argentine h7, Ndr). We knew that at handicap 0, it was a good ‘pickaxe’ and at each match of this French championship, he played better and better. As for Louis Jarrige, he’s still our favorite French player. We have been following him for some time, he came with us to Sotogrande. For me, it is French talent that has the greatest future”.

It is also the nice side of this beautiful team of Sainte-Mesme, which we see on all the big fields of the world (it will be in Argentina this winter to play the Copa Camara) but which gives young French players the opportunity to express themselves and to progress.

Top scorer of the final: Nacho Kennedy who scored all 7 goals of his team Omédia Paris-Black Mamba. 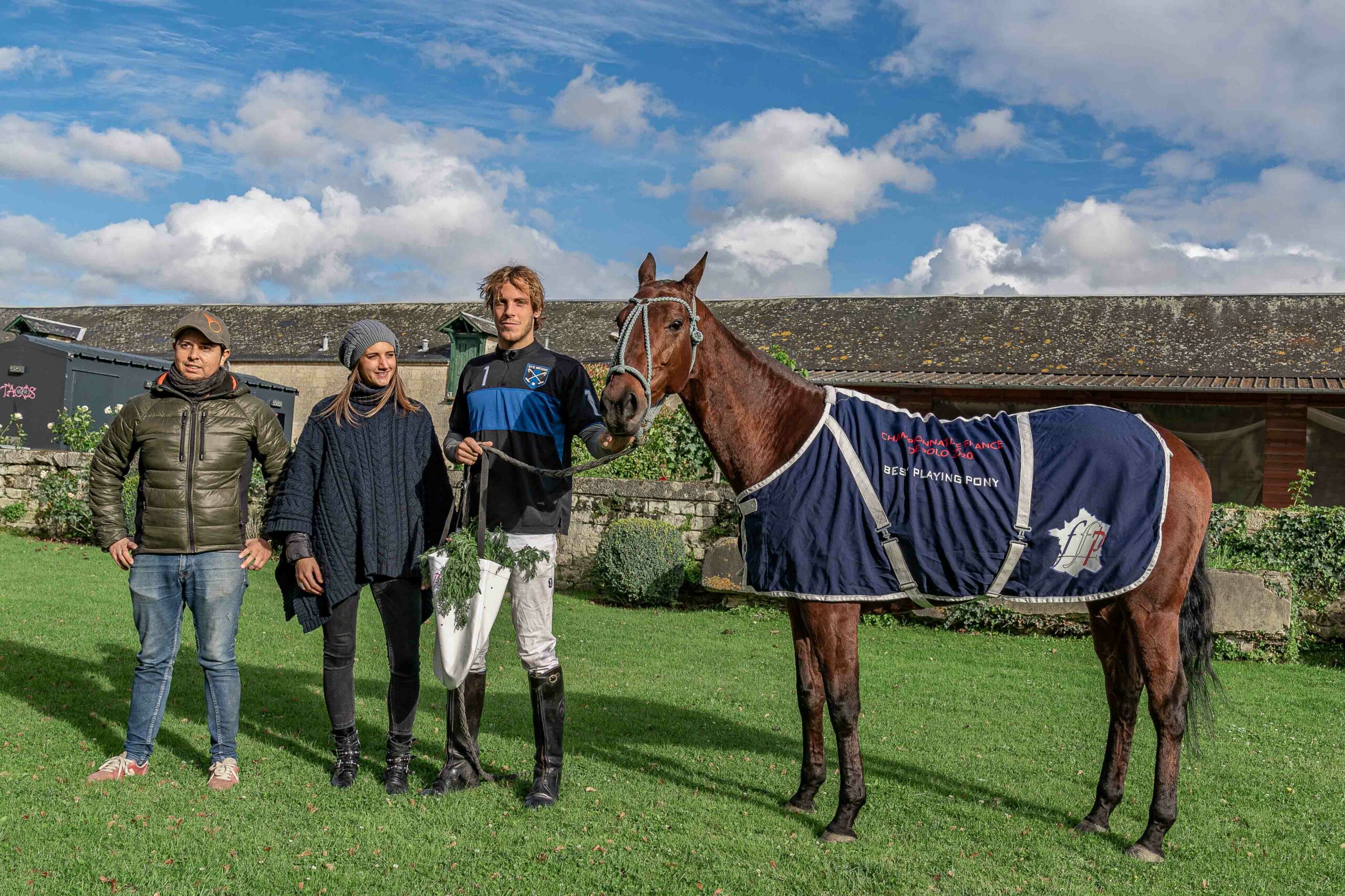 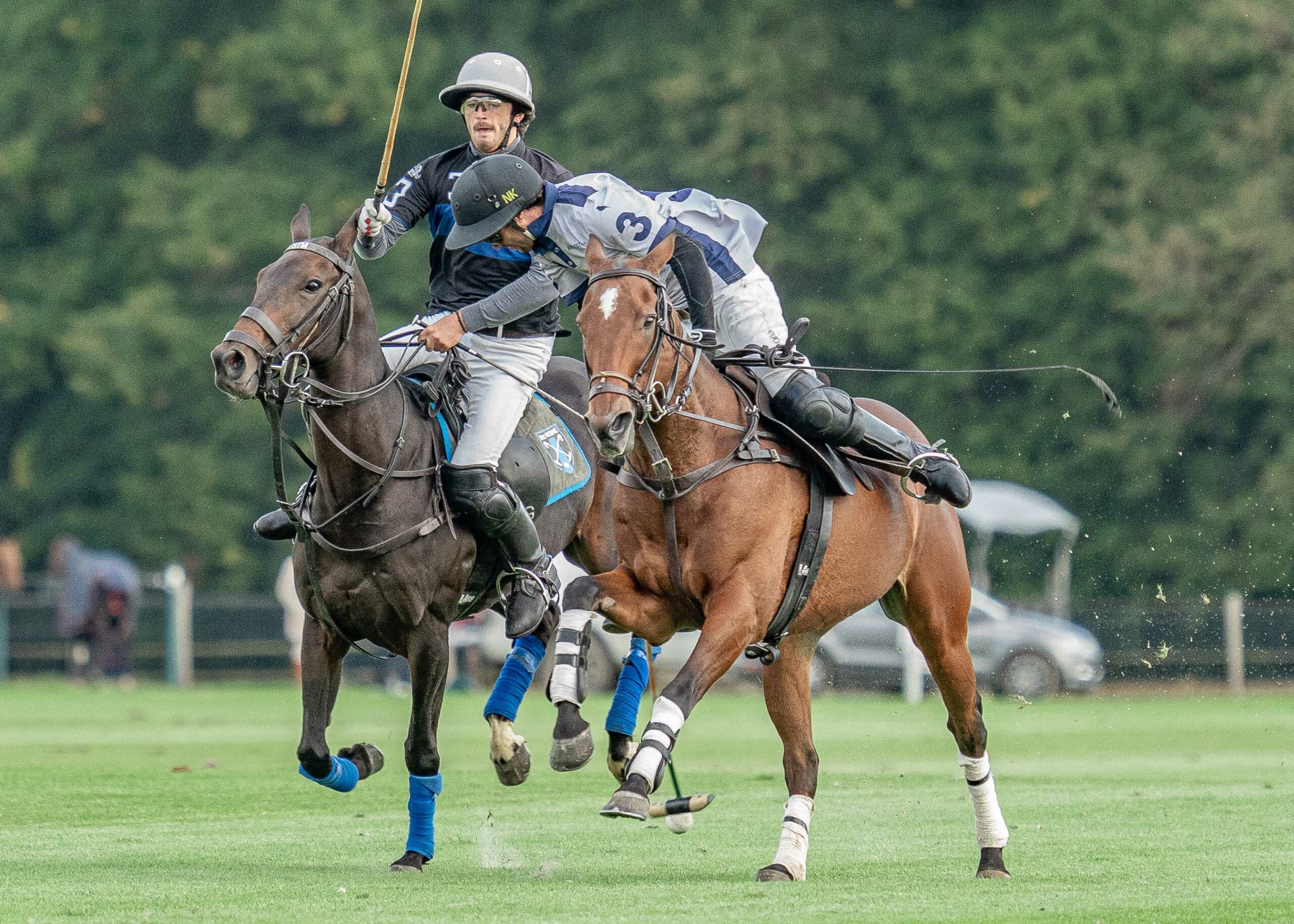 Top scorer of the final: Nacho Kennedy (right) who scored all 7 goals of his team Omédia Paris-Black Mamba with Louis Jarrige, one the French polo best hope. Photo: @R&B Presse/P.Renauldon