Wellington, FL – February 28, 2021 – Group play concluded in the 2021 C.V. Whitney Cup®, leaving four teams to compete for the first leg of the Gauntlet of Polo®. La Indiana secured the first spot in the semifinals, ranking first after two rounds, and Scone captured the second spot after defeating Aspen/Dutta Corp 12-9. In the feature game of the week, Pilot and Tonkawa met in a rematch on the Home of the U.S. Polo Assn – Field 1, where Tonkawa emerged victorious for a second time, defeating Pilot 10-9 in overtime.

The first match was a clean game where Aspen/Dutta Corp received zero penalty attempts, but Scone held the upper hand, shooting a perfect 5 for 5 from the penalty line to overcome 21% shooting from the field. Lucas Diaz Alberdi returned from injury in his first game of the season but was unable to help Aspen/Dutta Corp capture the victory, despite the five-goal effort from Timmy Dutta. Scone improved to 3-0 led by the duo of Adolfo Cambiaso and Peke Gonzalez, who each finished with four goals in the 12-9 triumph.

With a win securing their spot in the semifinal, Scone started quickly thanks to the play of Cambiaso. Involved on all three Scone goals in the first chukker, including a field goal, an assist, and a safety conversion, Cambiaso gave his team the 3-1 lead, while Aspen/Dutta Corp was held off the scoreboard with their only goal coming on handicap. An impressive second chukker from Dutta saw him score three goals of his own to tie the score at 4-4, as Aspen/Dutta Corp deployed a strong passing attack that saw all three goals assisted on by Gringo Colombres and Stewart Armstrong. Reorganizing, Scone kept possession away from Aspen/Dutta Corp to end the half, holding them without a shot in the third chukker to grab a 7-4 lead entering the second half.

Although few fouls were committed in the game, each one proved costly for Aspen/Dutta Corp as Scone was able to maintain its lead on a penalty conversion from Gonzalez. Colombres and Dutta were providing a strong duo for Aspen/Dutta Corp, but it was not enough to reduce the deficit as the teams continued to trade goals through the fifth chukker. Facing a three-goal deficit, Aspen/Dutta Corp tried mightily to pull within reach, receiving Alberdi’s first goal, but Scone stood tall defensively and completed the 12-9 victory to secure the second spot in the semifinals. 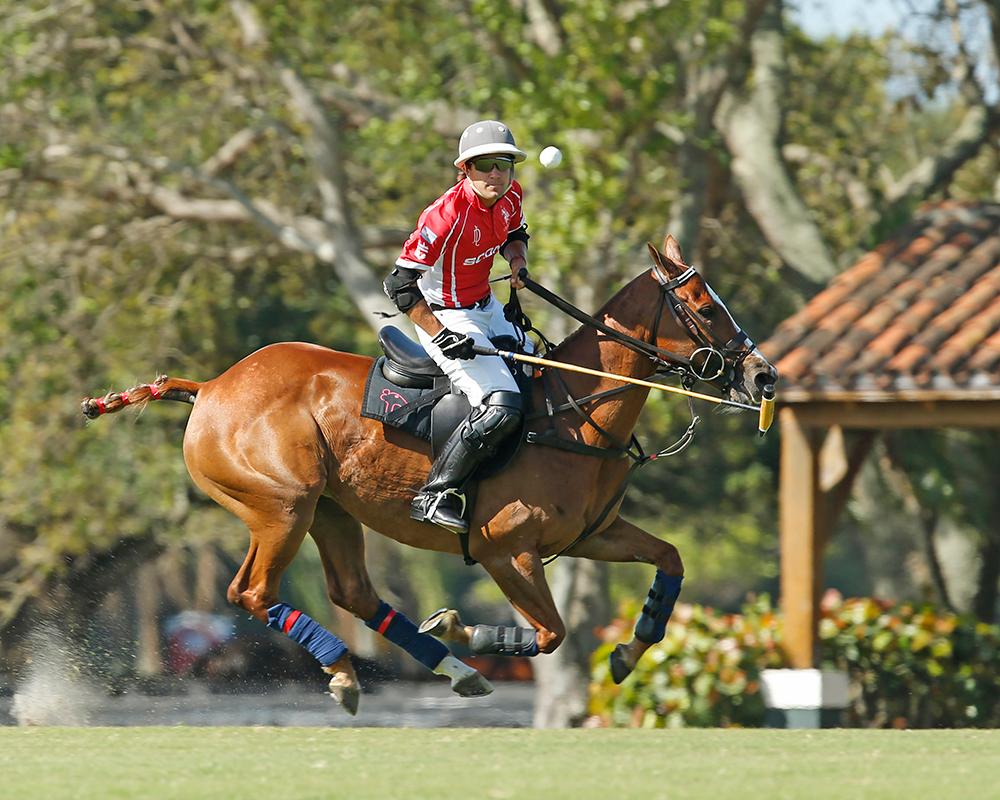 The second game saw Pilot look to avenge their loss to Tonkawa just four days earlier, controlling play and maintaining at least a three-goal advantage through the fourth chukker, but after an injury to Facundo Pieres forced him from the game, Tonkawa charged back to force overtime and score the eventual golden goal for their only lead in the entire game. Pieres exited the game with three goals and two assists as Pilot struggled to cope with the loss of the 10-goaler, unable to slow Tonkawa in the final stages of the game and conceding a 6-1 run. Despite conceding more opportunities at goal, Tonkawa shot a more efficient 53% from the field to force the game into overtime and claim the victory on Francisco Elizalde’s winning goal, sending Tonkawa into a shootout for a spot in the semifinals.

Entering the rematch against Pilot averaging 12.5 goals per game, Tonkawa’s offense was stifled in the first two chukkers, held without a goal as Pilot dominated possession to keep the ball in the attacking half. Gonzalito Pieres was a standout player for Pilot as they continued to build on their lead, converting a Penalty 3 in the first chukker while adding a goal to finish the second chukker to give Pilot the 4-0 lead. Sapo Caset ended the drought for Tonkawa on the first play of the third chukker, kickstarting a Tonkawa offense that began to fight their way back into the game. Producing a three-goal chukker, all scored by Caset and all assisted by Elizalde, Tonkawa faced a 6-3 deficit at halftime. 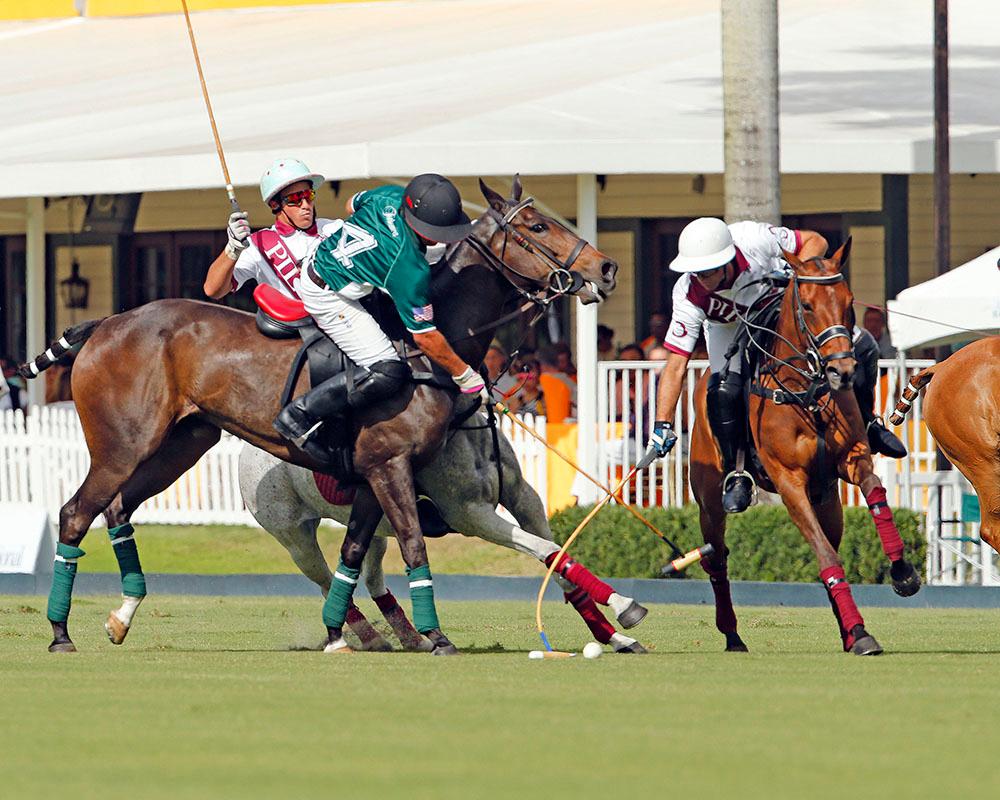 Tonkawa defeated Pilot for the second time thanks to a 10-9 score in overtime. ©Alex Pacheco

The two elite duos for Pilot and Tonkawa continued to battle in the fourth chukker as Pilot maintained their three-goal advantage, trading goals with Tonkawa. With time ticking down in the fourth chukker, play was stopped as Facundo Pieres was forced from the game due to an injury and replaced by brother Nico Pieres for the remaining two chukkers. Stepping onto a new team, Nico Pieres was thrust into a difficult task of containing Caset, who added two goals to his total, but Pilot remained ahead by two goals after Keko Magrini’s first goal of the game. Trailing by two, Tonkawa applied relentless pressure in the sixth chukker, pulling within one goal with a minute and 30 seconds remaining. On the following play, Tonkawa pushed towards their goal and Lucas Escobar left the ball in front of goal and it, where it was finished by Caset, sending the game into overtime.

In the extra chukker, Pilot received the first opportunity with Magrini and Gonzalito Pieres running to goal, but a bouncing ball allowed Tonkawa to turn around the play. Withstanding the first Tonkawa run, a backhand from Caset set up Elizalde and he was able to hit the neck shot just inside the post to send Tonkawa into the shootout on Monday with Coca-Cola and Park Place to determine the last two semifinalists in the C.V. Whitney Cup®. 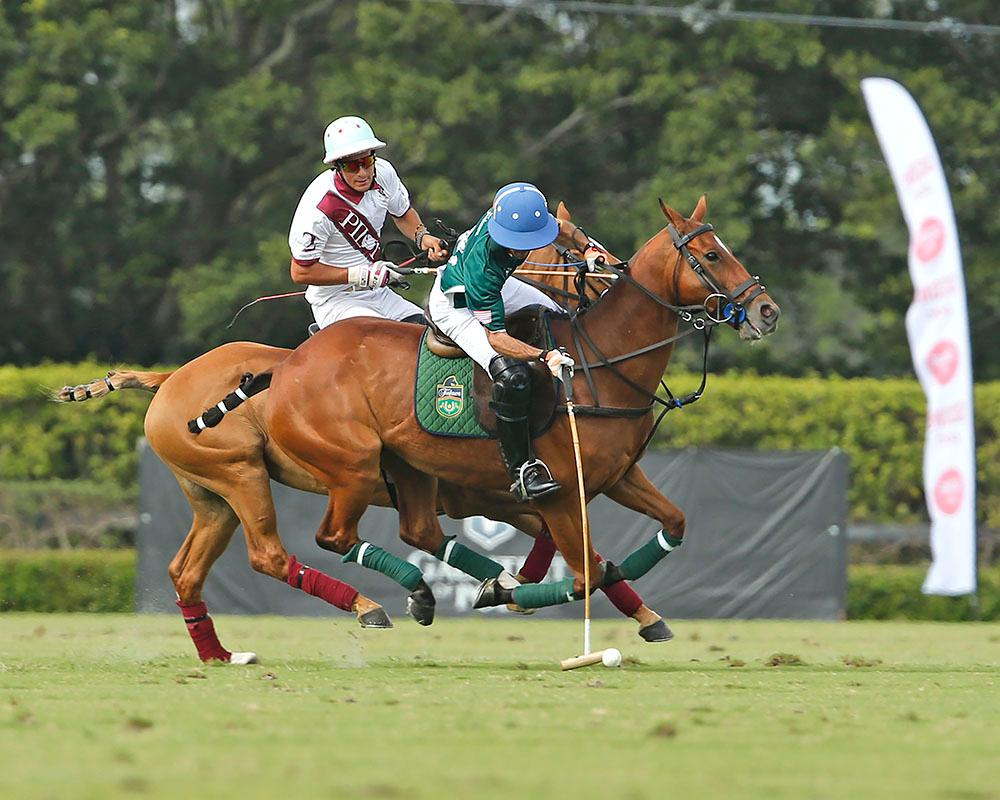